A look behind the scenarios

The Hydro-CH2018 hydrological scenarios are based on model calculations by leading Swiss research institutions and take into account the latest climate scenarios. 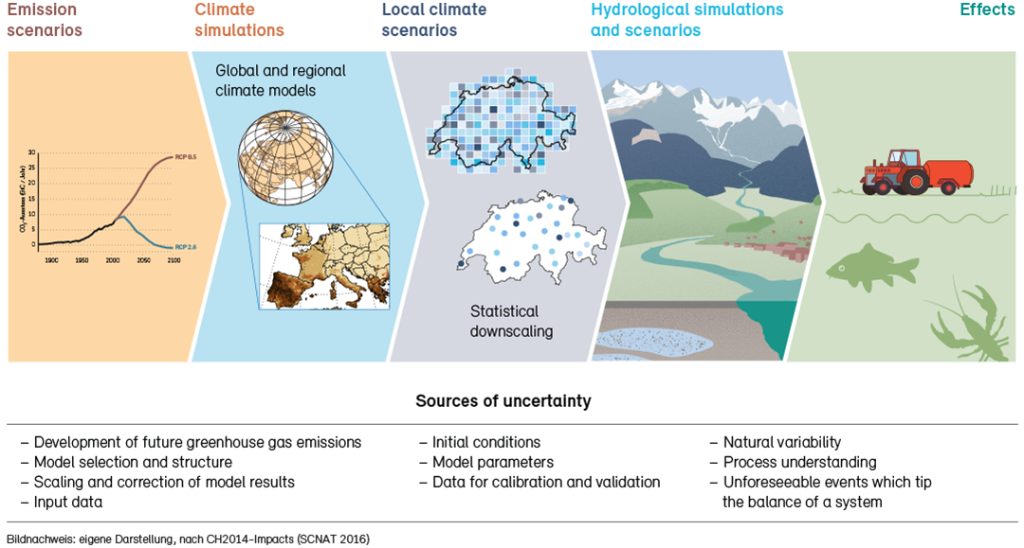 What are the Hydro-CH2018 hydrological scenarios based on?

Compared with previous studies on the impacts of climate change on hydrology, Hydro-CH2018 was able to draw on improved data sets and methods. It is underpinned by the high-resolution CH2018 climate scenarios, which for the first time provide continuous daily data on a local scale for the years 1981 to 2099.

The hydrological scenarios are part of a 'model chain' that starts with multiple emission scenarios representing the possible future courses of greenhouse gas emissions and ends with models that calculate the impacts on water management or agriculture.

Hydro-CH2018 takes into account all key hydrological components such as runoff and groundwater recharge, glacier and snow melt, evaporation and water temperatures.

The area studied by Hydro-CH2018 includes the whole of Switzerland, Liechtenstein and other neighbouring regions that drain into Swiss territory – collectively referred to as 'hydrological Switzerland' by experts.

What emission scenarios were used? 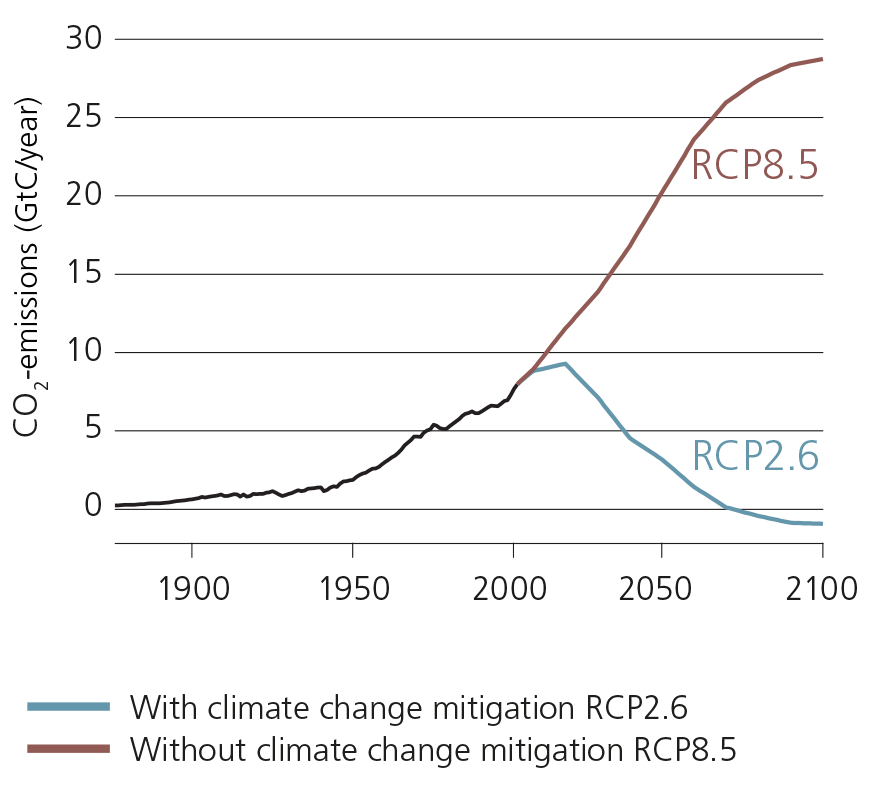 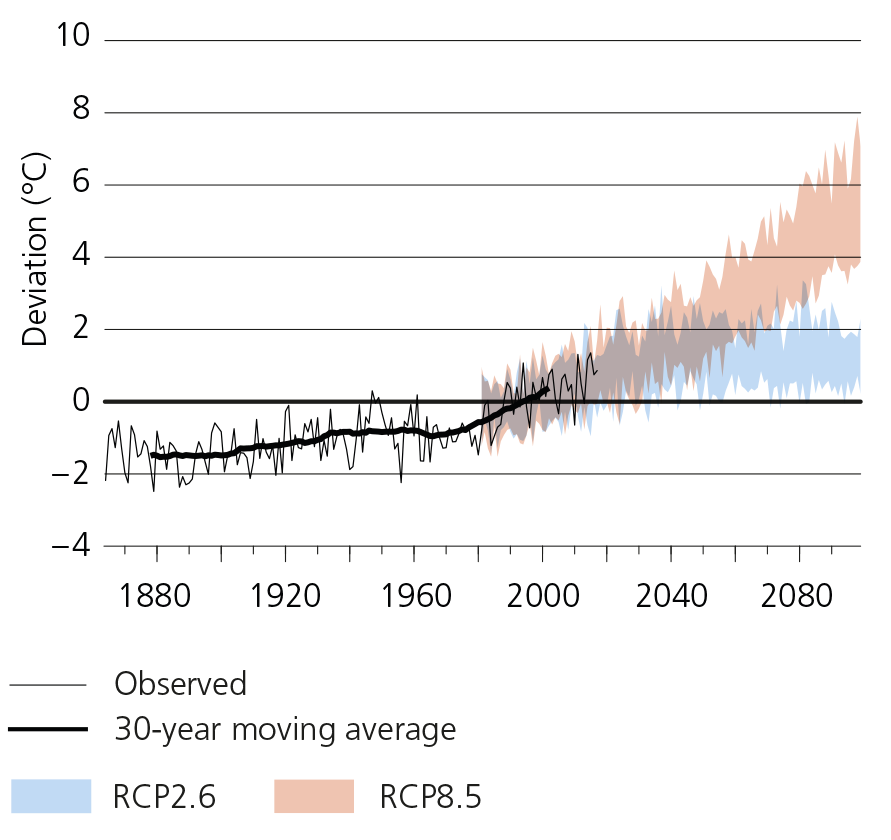 The graph shows the course to date (solid line) and the modelled future values (coloured areas) of the ground-level air temperature in Switzerland. The expected deviations from the annual mean temperature in the reference period 1981–2010 are shown.

What period do we have results for?

When the text refers to the current state ('today'), the mean hydrological state during the reference period from 1981 to 2010 is meant. These three decades were the starting point for calculating the scenarios. All information on future changes is in relation to this period.

The hydrological conditions in individual future years cannot be determined from the mean values for the 30-year periods. Annual values may deviate greatly from the mean conditions due to natural variability.

What uncertainties have to be considered?

Thanks to state-of-the-art computer models and mainframe computers, it is possible to create a mathematical model of the processes taking place in nature and to simulate their future development. This method was also used for Hydro-CH2018.

Assumptions have to be made for each calculation step, concerning, for example, how and to what degree of accuracy the processes are considered and calculated. These assumptions, which are largely dependent on data availability, are subject to uncertainties that propagate through the model chain.

To determine uncertainties in the modelling, models from different universities and research institutes are compared. In this way, differences between the models and the assumptions applied can be identified. This allows the results to be reviewed and checked for plausibility, and their accuracy estimated.

Which uncertainties are specified in Hydro-CH2018?

Uncertainties are taken into account to some extent in the Hydro-CH2018 runoff scenarios by using three emission scenarios and a large number of climate models as the basis for hydrological modeling. The projections of the hydrologic models always scatter over a certain range. Half of the values are above or below the so-called median. This corresponds most closely to the foreseeable value and is therefore assumed to be the "best" estimate in the hydrological scenarios.