In the future, rivers and streams will carry less water in summer than they do today. Dry periods will also become longer and more frequent. During such extreme events, temporary water shortages may occur in some regions.

The hydrological scenarios show that, in general, water levels will drop significantly in summer and autumn. This applies to both surface waters and groundwater. All altitudes and regions will be affected by the decline, but especially the Alps and Alpine foothills.

In the absence of climate change mitigation measures, summer runoff will be on average 30 to 50% lower than today by the end of the century, and up to 60% lower in present-day glacier streams.

At the same time, dry spells and heatwaves will become more frequent in summer and last for longer. Without climate change mitigation, summer low flow at altitudes below 1,500 metres will decrease by 30% during dry spells by the end of the century. 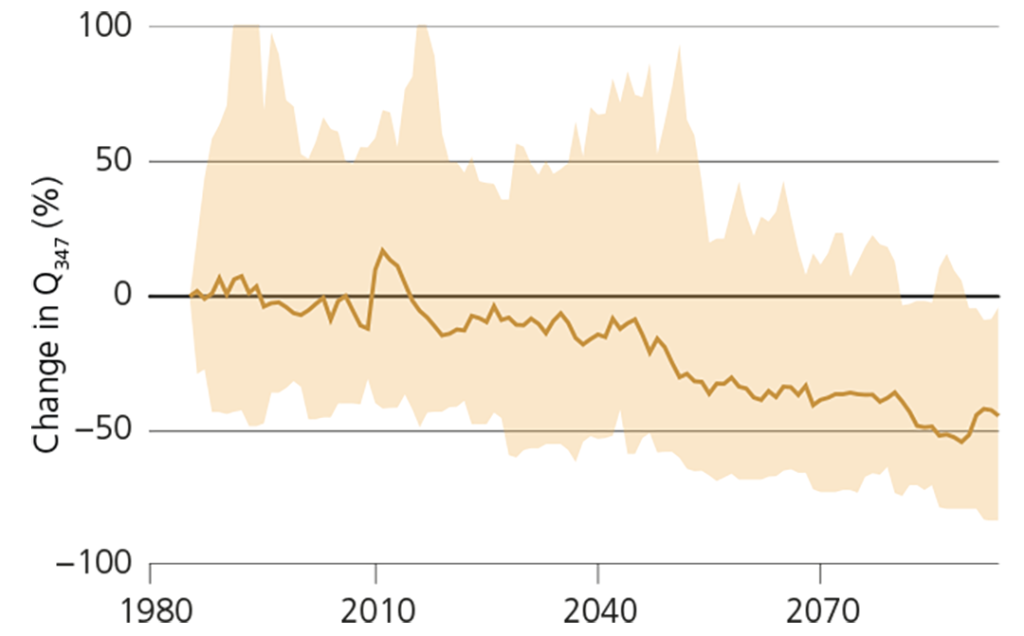 Using the example of the River Thur at Halden (canton of Thurgau), the figure shows how low flow discharge rate could change without climate change mitigation. The value Q347 represents the discharge that the river exceeds on average on 347 days a year.
Low flow in areas below 1,500 metres will thus be significantly lower in the future than they are today. The light area represents the simulation range.

Danger of waters drying up

This increases the risk that springs, wetlands, streams and smaller rivers will dry up more frequently during periods of low rainfall. In addition, life in and around waters will be impacted more often by insufficient water depth and high temperatures. Some streams and rivers are likely to dry up completely during dry periods in the summer, especially small and medium-size watercourses and those in karst areas such as the Jura.

The amount of usable water will diminish in summer due to climate change. If, at the same time, more river water or groundwater is used for irrigating crops or for cooling purposes, this may trigger temporary regional water shortages. Already today, these two uses have to be restricted during dry spells in summer.

Until now, high-altitude Alpine streams and rivers have usually had low flow in winter when the water is stored in snowpack. In the future, regions above 2,000 metres will see flow rates increase when water levels are low in winter.

At altitudes between 1,500 and 2,000 metres, climate change may shift the low flow season from winter to summer and autumn. However, low flow rates will hardly change.

The maps show the difference between usable water supply and consumption in the summer of a year with little precipitation, today and at the end of the century, assuming no climate change mitigation takes place. Water shortages occur in catchments coloured orange/brown. In these catchments, the demand for water in summer exceeds the usable resources in streams, rivers and lakes. Some regions are already experiencing water shortages in dry years, and these are set to become more pronounced in the future. 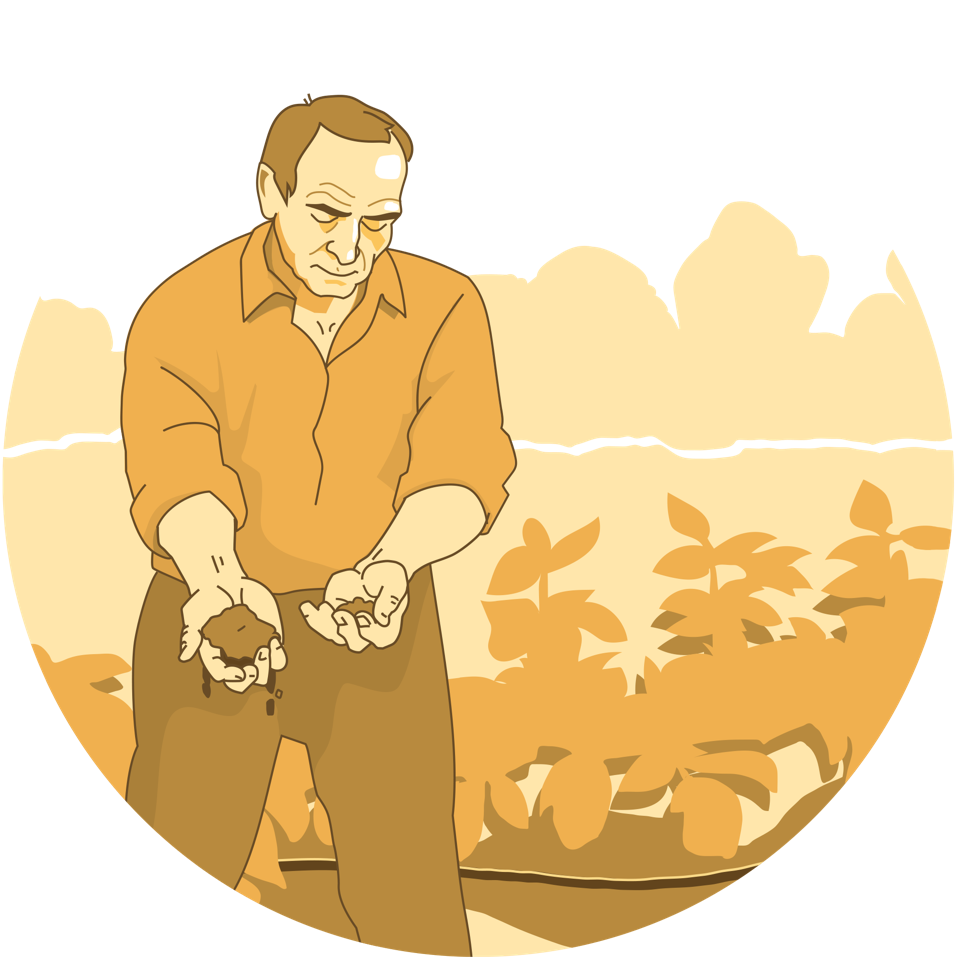 “Climate change is leading to more drought, which
puts our harvests at risk. When temperatures are
higher, the plants need more water to thrive, but I’m
not allowed to irrigate more because water is scarce
in our area in summer. In the future, I’ll probably
have to switch to varieties and crops that can better
tolerate heat and drought. However, I already make
sure that I switch to water-saving irrigation.”