Intensive use and hard engineering of water bodies as well as pollutant input are affecting many animals and plants that live in and around water. Climate change is placing added pressure on the water bodies due to higher water temperatures and changes in runoff. This will lead to a decline in biodiversity in and around waterbodies.

Rivers and streams in all parts of Switzerland will continue to get warmer. If global greenhouse gas emissions continue as before, summer water temperatures in watercourses could rise by 3 to 9°C by the end of this century. However, if climate change mitigation measures are implemented, warming in summer is likely to remain below 3°C compared with present levels. In winter, the warming will be less pronounced.

Climate change will also result in more low-water periods in summer, with streams and river sections drying up more and more frequently. The combined effect of warming and water scarcity is likely to lead very quickly to major changes in ecosystems.

The annual average water temperature on the surface of lakes could increase by 3 to 4°C by the end of the century as a result of climate change. This will hinder the exchange between surface and deep water. As a result, the distribution of oxygen and nutrients in lakes will alter, which will have consequences for the entire food web.

Effects of global warming on lakes

Effects of global warming on lakes

Not all aquatic life can adapt

Some aquatic organisms will be able to adapt to climate-related changes by moving to cooler waters, mostly at higher elevations. However, this will only be possible if there are no obstacles in their way, such as hydropower plants or weirs. Moreover, the new environment must be suitable for them. For example, the temperature of mountain streams would be ideal for grayling, but this species would be unable to cope with the strong currents.

Overall native biodiversity in and around water is already under severe pressure. The risk to diversity extends beyond fish and crustaceans, which are among the most threatened species in Switzerland.

Climate change could result in less frequent turnover in some lakes in the future. For all lakes, the duration of stable stratification will increase in summer and water temperatures will rise. The two graphs show the expected development of the average temperatures of Swiss watercourses in summer. The light areas indicate the simulation range.

Aquatic life will respond to climate change in different ways. While some organisms will benefit from the changed conditions, others will cope poorly or not at all. Overall, there will be a reduction in native biodiversity. 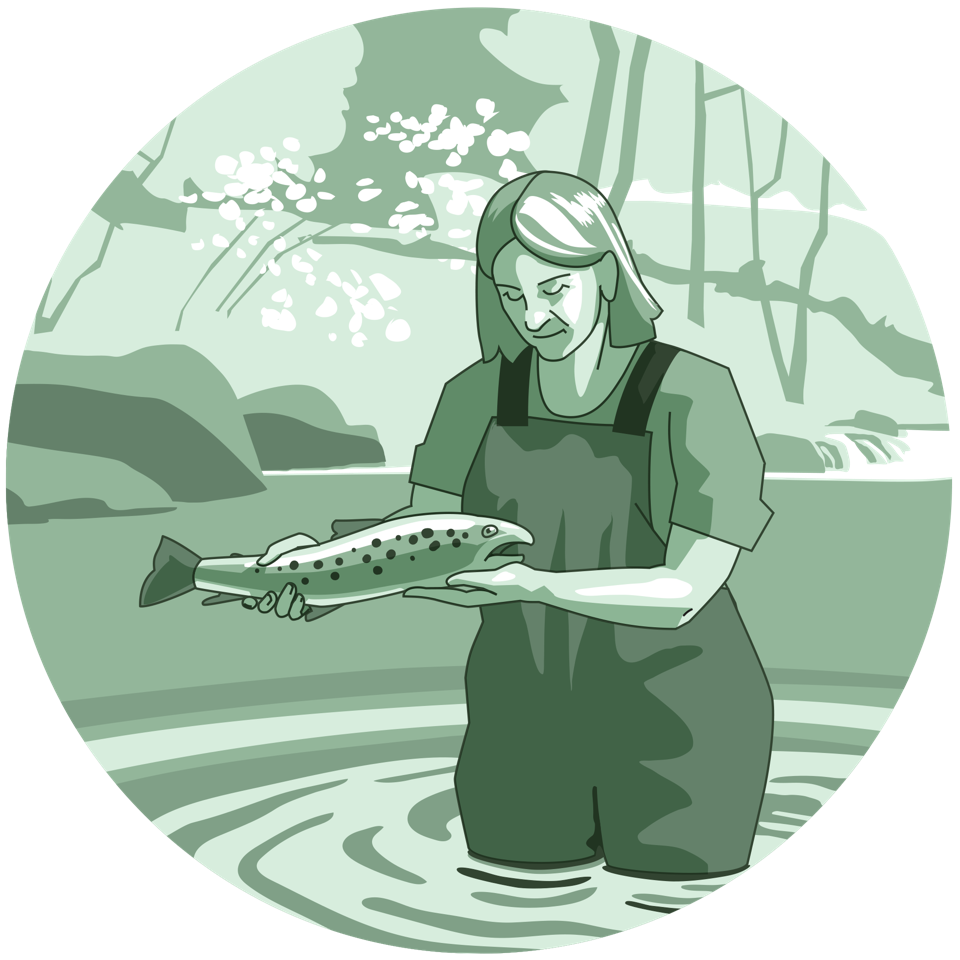 “Trout prefer water temperatures of around 13 °C. Above 20 °C they get stressed, and over 25 °C the fish will only survive for a short time, meaning that large populations are at acute risk. But climate change isn’t just a threat to trout. Other animals that are adapted to cool and oxygen-rich waters will regionally die out, in some cases completely unnoticed.”