The «Hail Climatology Switzerland» project uses radar data and statistical approaches to create a national hail climatology. The developed approach makes it possible to also estimate the probability of occurrence of rare events. Data from other, ground-based methods of hail observation complement the weather radar data.

Hail events are usually small-scale and short-lived. This makes it both difficult and expensive to measure hail, because a very dense observing network is required to catch the hail storms. Systematic, area-wide hail observations at ground level are therefore largely lacking. Various hail maps currently in use are often  spatially poorly resolved, not uniform, and partly outdated. Since hail is highly relevant for many sectors, new methods to measure hail are being developed and applied, harnessing the growing technological possibilities. However, data from these measurements are still only taken at a limited number of point locations and / or are not yet available in sufficient quantity and quality.

How can hail be measured?

Hail pads are polystyrene panels covered with aluminum foil on the surface. After hailstones have struck, dents can be seen on this device. This allows conclusions to be drawn about the size of the hailstones. Hail pad observations are very localized, and dense networks are only possible over small areas. The pads are usually checked and evaluated once a day and thus cannot differentiate between several hail streaks. The costs are low, but the effort is high. There is currently no hail pad network in Switzerland.

Automatic hail sensors consist of a Makrolon disc, which generates vibrations when a hail stone hits the sensor. These vibrations are recorded by a microphone and the size of the hailstones can be estimated from this signal. After installation and calibration, the effort is low, but the costs are high. A hail sensor network consisting of 80 individual sensors is currently being set up in three hail hotspots in Switzerland. More about the hail sensor network can also be found in the fourth part of the hail blog series from 2019 (german). 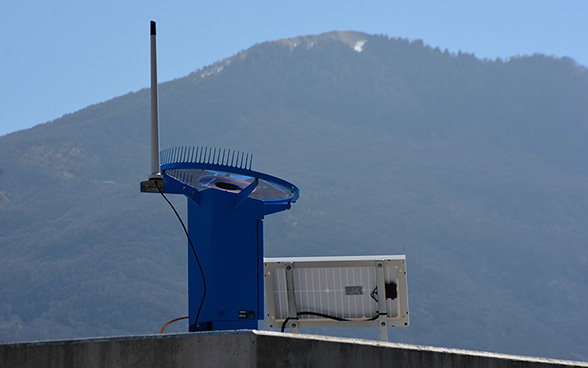 Loss data from insurance companies indicate the occurrence of damaging hail stones. However, the resolution of damage data is generally low, usually only the day and the postal code of an insurance claim are available. Information on hailstone sizes is usually not documented. In addition, this kind of data is often not accessible since it is rarely shared by insurance companies. 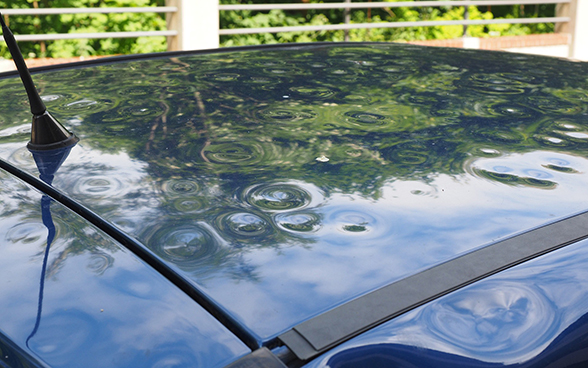 Hail reports from the population (e.g. via the MeteoSwiss App) provide information on the size of hail stones, often together with precise information on time and location. The availability of this data depends on the population density; in Switzerland, the spatial coverage in the populated areas is usually high. These data are relatively inexpensive, but require comprehensive plausibility checks, e.g. to identify and filter out false reports. More on crowdsourcing data can also be found in the third part of the MeteoSwiss hail blog series from 2019 (german). 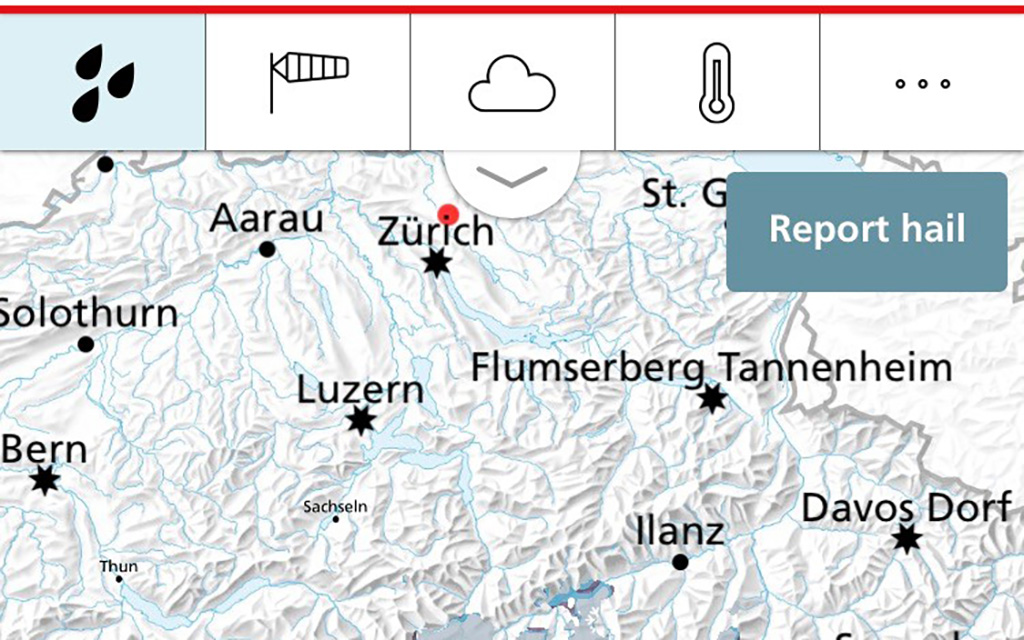 MeteoSwiss operates a radar network with five weather radars that cover the entire country in high spatial and temporal resolution (1km2, 5 min). In order to derive hail information from weather radars, the radar signals are blended with temperature information from the weather model COSMO, typically using the height of the freezing level. MeteoSwiss calculates two different types of hail information, validated against historical ground observations: First, the probability of hail on the ground (Probability of Hail, POH) and second, the hail stone size (Maximum Expected Severe Hail Size, MESHS) are modelled. More information about the Swiss weather radar network can be found here. 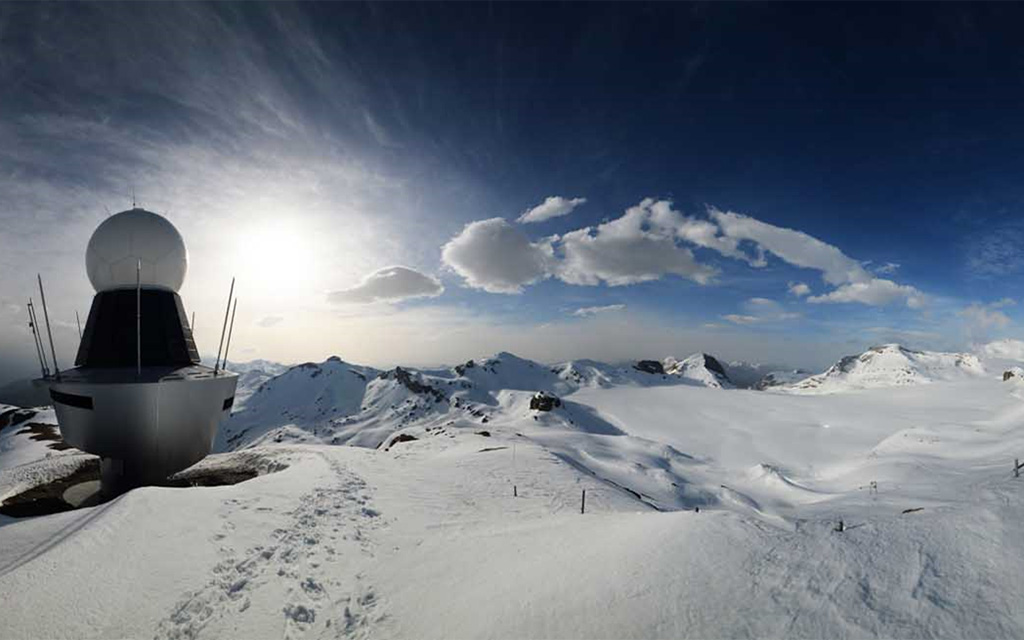 Radar data are suitable for calculating a hail climatology, because the data are spatially and temporally highly resolved across the entire area of Switzerland. This is a fundamental prerequisite for mapping the comparatively small and short-lived hail cells. Since 2002 raw data from the weather radars is available in high data quality, covering Switzerland with a 1 km x 1 km grid. However, radar data also pose challenges: On the one hand, radar echo signals are measured at altitude, and first have to be converted to derive information on weather conditions on the ground. On the other hand, both the radar systems and the data from the weather models used in the hail algorithms have been continuously improved over time. While these improvements increase the quality of observations and forecasts, these changes can also affect the long-term comparability of measurements. In the "Hail Climatology Switzerland" project, the effects these technical changes have on the long-term data series are being documented, quantified and, if possible, also corrected for the first time.

The aim is to obtain a radar hail data set that is as homogeneous as possible in order to make robust statements about hail events even over long time spans. Among other things, the ground-based crowdsourcing reports and hail sensor measurements are used to verify and further develop the radar-derived hail size information. 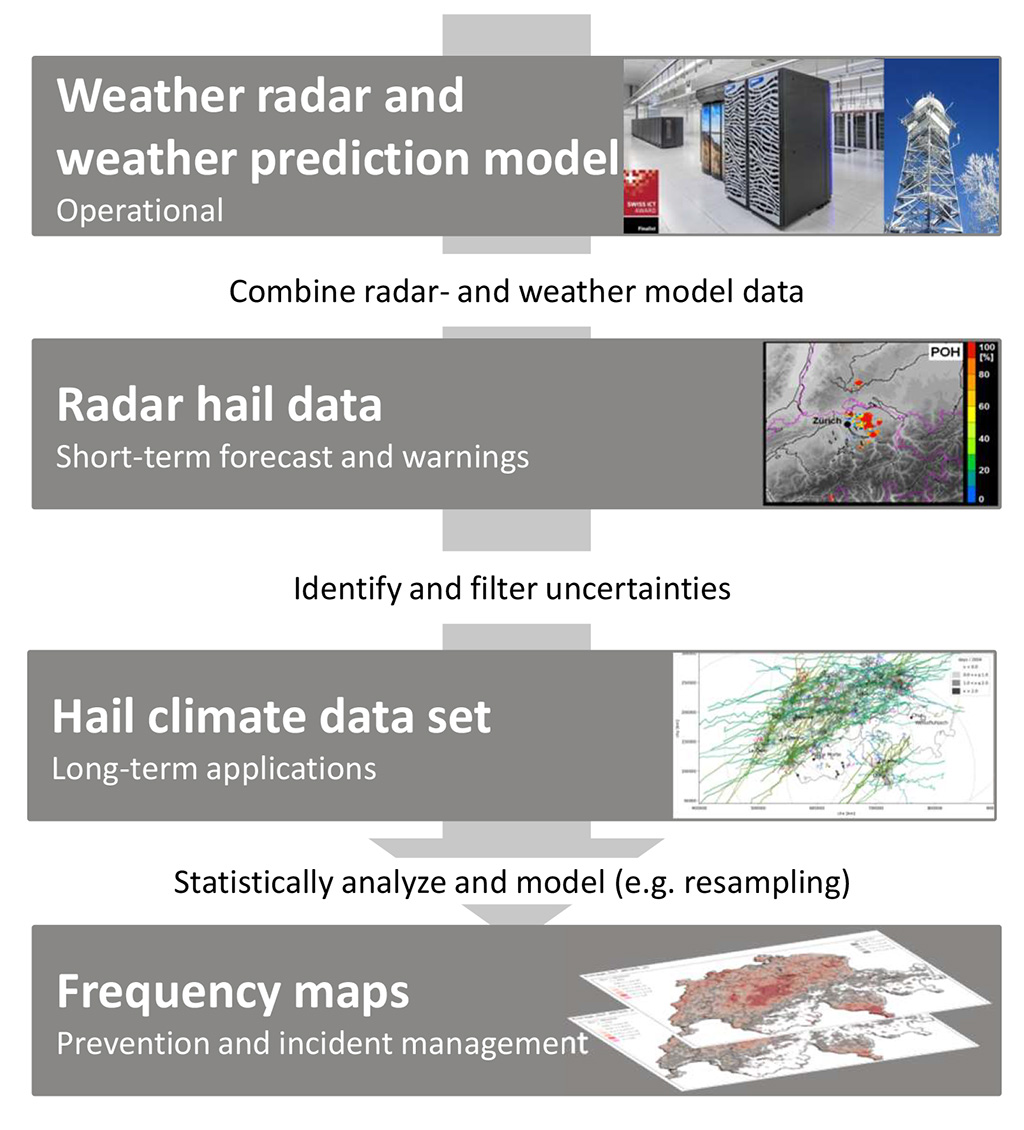 Before statistical evaluations can be made, the radar and weather model data, which are optimized for short-term forecasts, must be prepared for long-term climatological application.

First, hail observations are analyzed: Where do hail hotspots occur in Switzerland? Which hail stone sizes are typical in the different regions? Where do we observe fewer hail days? In addition, information is obtained from recorded tracks of past thunderstorm cells and characteristic storm tracks are linked to the prevailing weather situation. This first careful analysis of the radar hail data lays the foundation to go one step further:  the goal is to model much rarer events such as those with a 50- or 100-year return period. Information on such events is needed by many working in applied risk assessment and engineering. Furthermore, return period values serve as a basis for construction requirements or insurance policies.

Modeling such rare hail events is challenging. A common procedure in the insurance industry is to take a so-called resampling approach, which is a special probabilistic method. It is used to statistically manifold observed hailstorm tracks in order to take into account the natural variability of weather and climate beyond observations. For example, the potential damage of a severe hailstorm can be simulated assuming a variety of different than observed, yet plausible track directions. Insights from the high-resolution radar data offer can improve such a resampling procedure by including climatological information into the resampling process. Both high-resolution details of individual hail cells and large-scale atmospheric conditions under which hail can occur are taken into account.

In the «Hail Climatology Switzerland» project, a resampling approach is being developed that allows users to quantify the probability of occurrence of rare events. As compared to precipitation or temperature measurements, radar hail observations are only available for much shorter periods of time. As a consequence, the analyses and resulting products naturally come with greater uncertainties. The sources and magnitudes of these uncertainties will also be quantified within the project. The most important measure to improve this situation is to assure long-term and high-quality measurements, a process which is well on the way in Switzerland.

An intensive exchange with the stakeholders of all partner organizations throughout the project ensures that products are developed in a targeted and user-oriented manner and can thus be directly incorporated into practice.