Already today, climate change is more pronounced in Switzerland in comparison to the global average. The level and nature of impacts vary depending on the region. Various Swiss cantons have already developed, planned and implemented adaptation and mitigation strategies as well as projects and measures. Click on a canton below to get more information on regional climate change patterns and climate services for local and cantonal needs.

Climate change in the Swiss cantons

The development of adaptation and mitigation strategies in the Swiss cantons relies on robust information on both ongoing and future climate change patterns not only at the national scale but also at cantonal level. In this context, not only changes in mean conditions, but especially changes in the frequency and intensity of extreme events are of great importance. Based on the NCCS priority theme “CH2018 Climate Scenarios”, led by MeteoSwiss, this information has been produced and bundled in cantonal fact sheets. Corresponding figures are available in the CH2018 web atlas. Together, these additional products will inform climate change management. More details can be found on the respective webpages for the cantons. 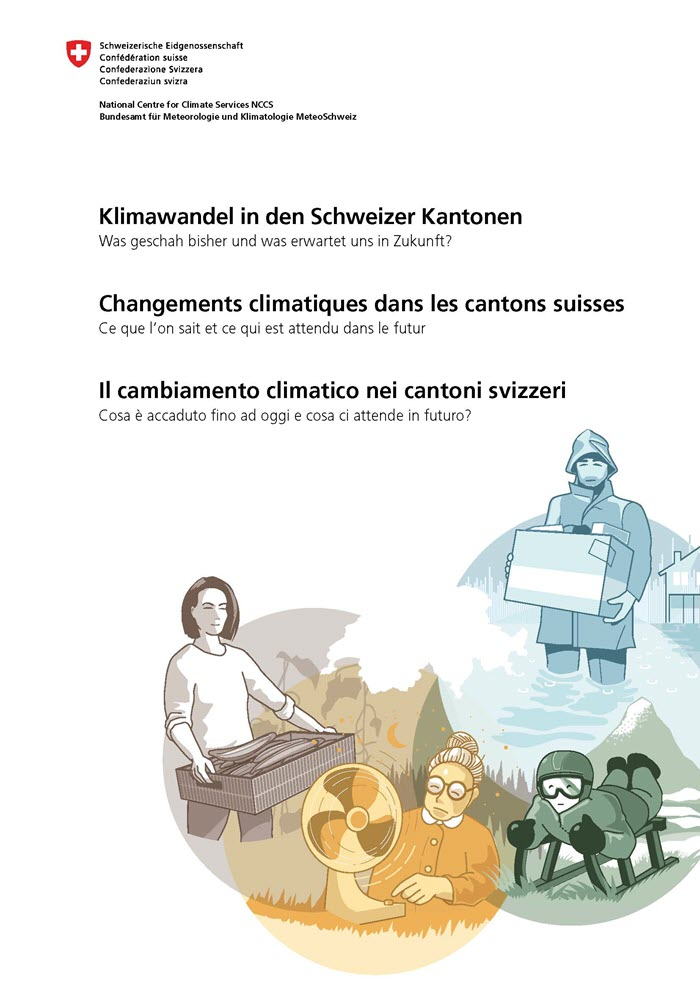 Implementation of the climate strategy in the cantons

Further information on adaptation activities in the individual cantons can be found either on the NCCS cantons page or directly via the map below.

Most cantons have developed additional action plans in recent years or define climate change adaptation measures directly in their climate strategy. These measures can often be assigned to individual sectors. The chart below shows how many cantons are taking measures in the respective sectors. The differences result on the one hand from the fact that not all sectors are relevant for all cantons. On the other hand, the necessary awareness may also be lacking for certain topics.

Number of cantons with measures in the respective sectors

Cooperation between the Confederation and the cantons

Cooperation on content between the Confederation and the cantons takes place via the respective sectoral offices and the sectoral conferences. For cross-sectoral cooperation, the Confederation has a coordination mandate under the CO2 Act. It fulfils this mandate in particular through direct contacts with the respective adaptation officers of the cantons. In addition, it organises an annual coordination conference for all cantonal adaptation officers.

The cantons are obliged to report to the Confederation on their adaptation activities. This reporting takes place approximately every five years and most recently took place in 2021/2022. The results are summarised in the report "Adaptation to climate change: reporting by the cantons 2021/2022".

Federal Office for the Environment
Reporting and Adaptation Section