The contribution of meltwater from snow and ice to runoff will continue to decrease, leading to changes in the seasonal distribution of runoff. In the future, Swiss watercourses will carry more water in winter and less in summer, although the total annual runoff will only decrease slightly.

Climate change will affect the water balance in two ways: by altering the seasonal distribution of precipitation and by increasing the air temperature. The climate scenarios show that precipitation will increase in winter and decrease in summer, with evaporation increasing in all seasons.

In winter, warming means that more precipitation will fall as rain, even at higher altitudes, and therefore run off more quickly. A smaller area of Switzerland will be snow-covered. In addition, the snowpack will form later in the year and melt earlier. As a result, runoff and groundwater recharge will increase in the winter months, whereas there will be less meltwater in spring and summer.

Annual cycle of the Rhine

Annual cycle of the Rhine The arrows show how the mean monthly runoff of the Rhine at Basel will change by the end of this century if no climate change mitigation takes place. The lighter areas represent the simulation range.

In summer, higher temperatures will cause the glaciers to melt faster, meaning that the watercourses supplied by these glaciers will carry more water. However, this will only be a temporary phenomenon: meltwater from small glaciers is already starting to decrease again, with large glaciers expected to follow suit by 2050 at the latest.

Water in the Kander

Water in the Kander 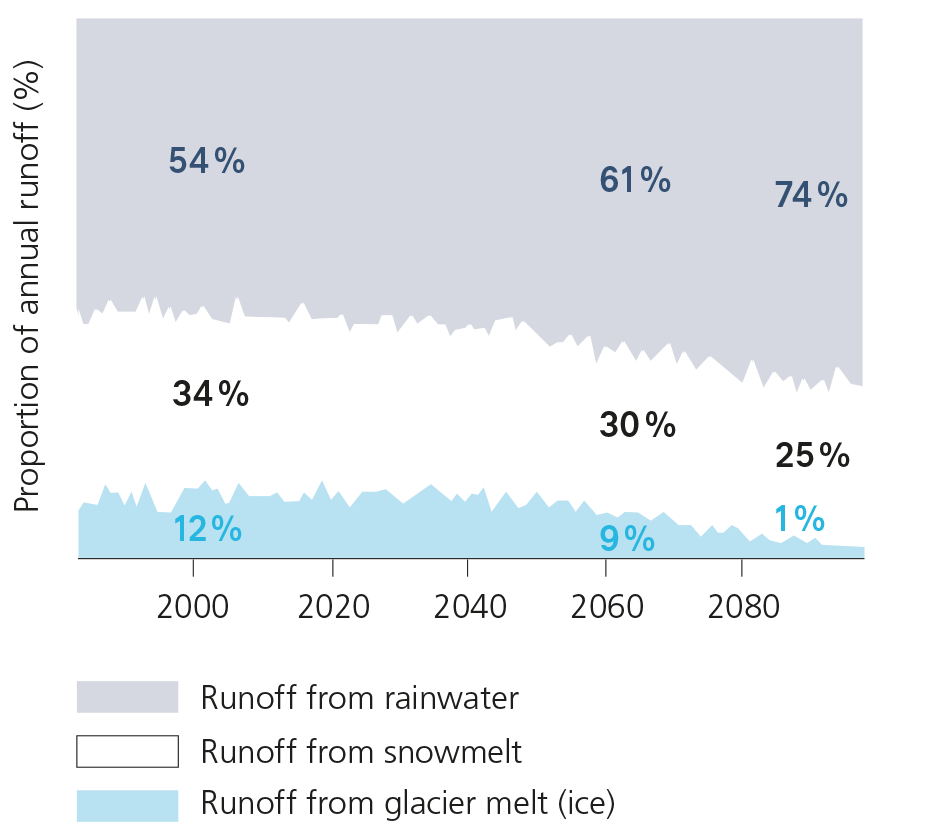 The graph shows how the proportions of rainwater and meltwater from snow and glaciers in the runoff at Kandersteg will change if no climate change mitigation takes place. The proportion of rainwater increases significantly from 54 to 74%.

The combined effect of all these developments is that, in the future, almost all watercourses will carry more water in winter. In the absence of climate change mitigation measures, winter runoff will increase by between 10 and 50% by the end of the century, while in summer and autumn it will decline by 30 to 50% compared with today.

The change in seasonal inflows will also affect water levels in lakes. However, total annual runoff will probably only decline by around 10%. 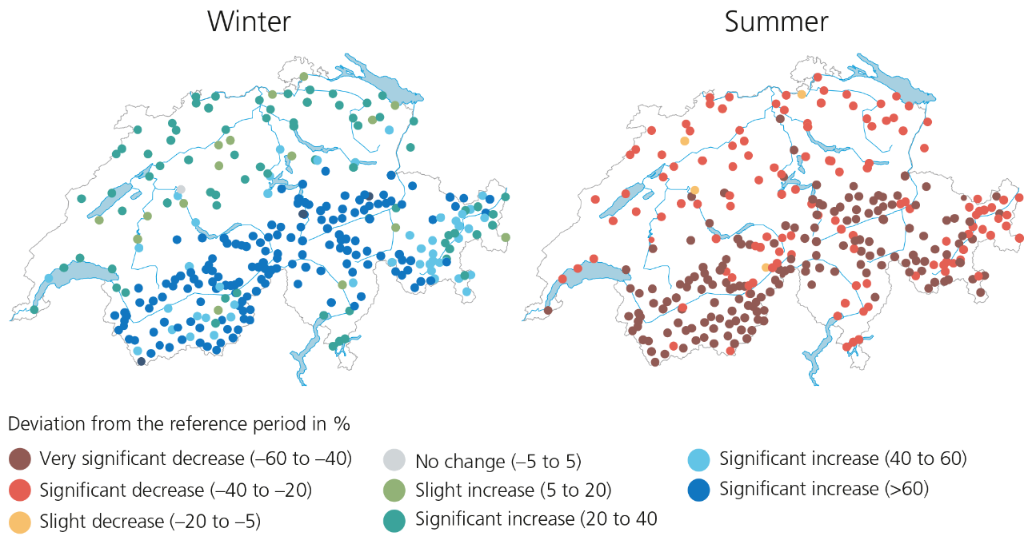 The maps show the expected changes in seasonal runoff for various catchments by the end of the century (2070–99) compared with the reference period (1981–2010) if no climate change mitigation takes place. 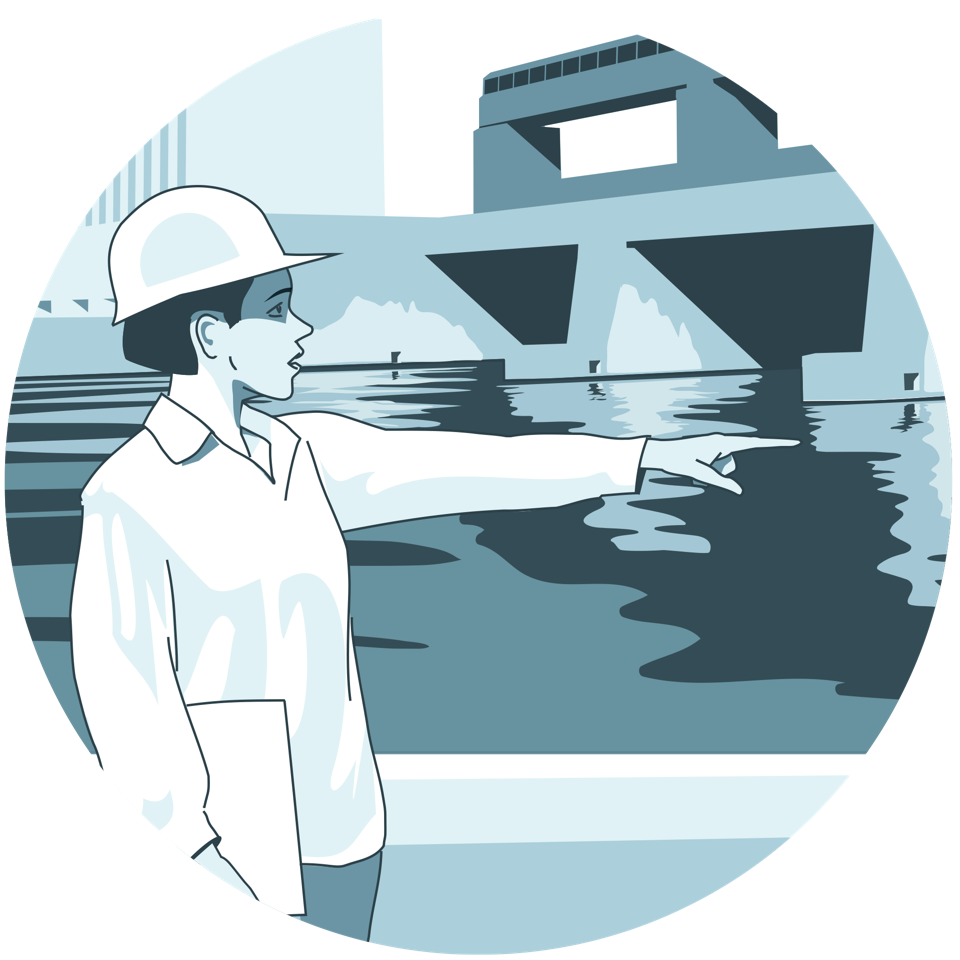 “Almost 60% of Switzerland’s electricity comes from hydropower plants. In the future, run-of-river power plants on major rivers may be able to generate less electricity in summer, but more in winter. This is a good thing as energy consumption is particularly high in the winter. However, as the glaciers disappear and annual
runoff decreases slightly, there will be less water overall for electricity generation.” 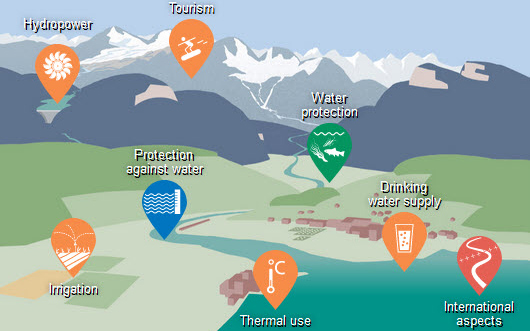