Aquatic organisms are adapted to specific habitat conditions including water temperature, flow rate, depth, structure, chemistry etc. Specialist species can only tolerate small variations in the habitat conditions and live in ecological niches. Generalists are less discriminating and can survive in a broad spectrum of habitats. 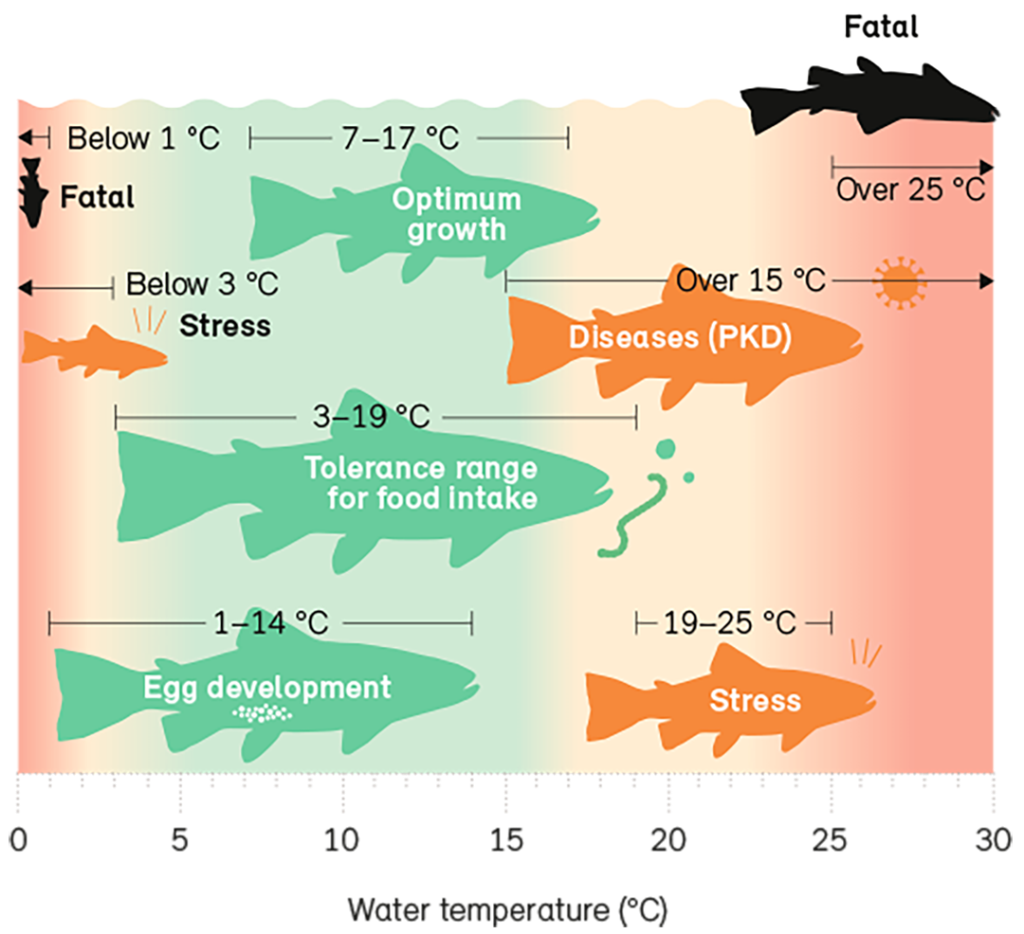 Shown are the temperature ranges in which the brown trout can best develop (green), is under stress (orange) or its survival is under threat (black). The trout is coming under increasing pressure due to the rising water temperature. Higher water temperatures cause stress and restricted activity and foster disease. 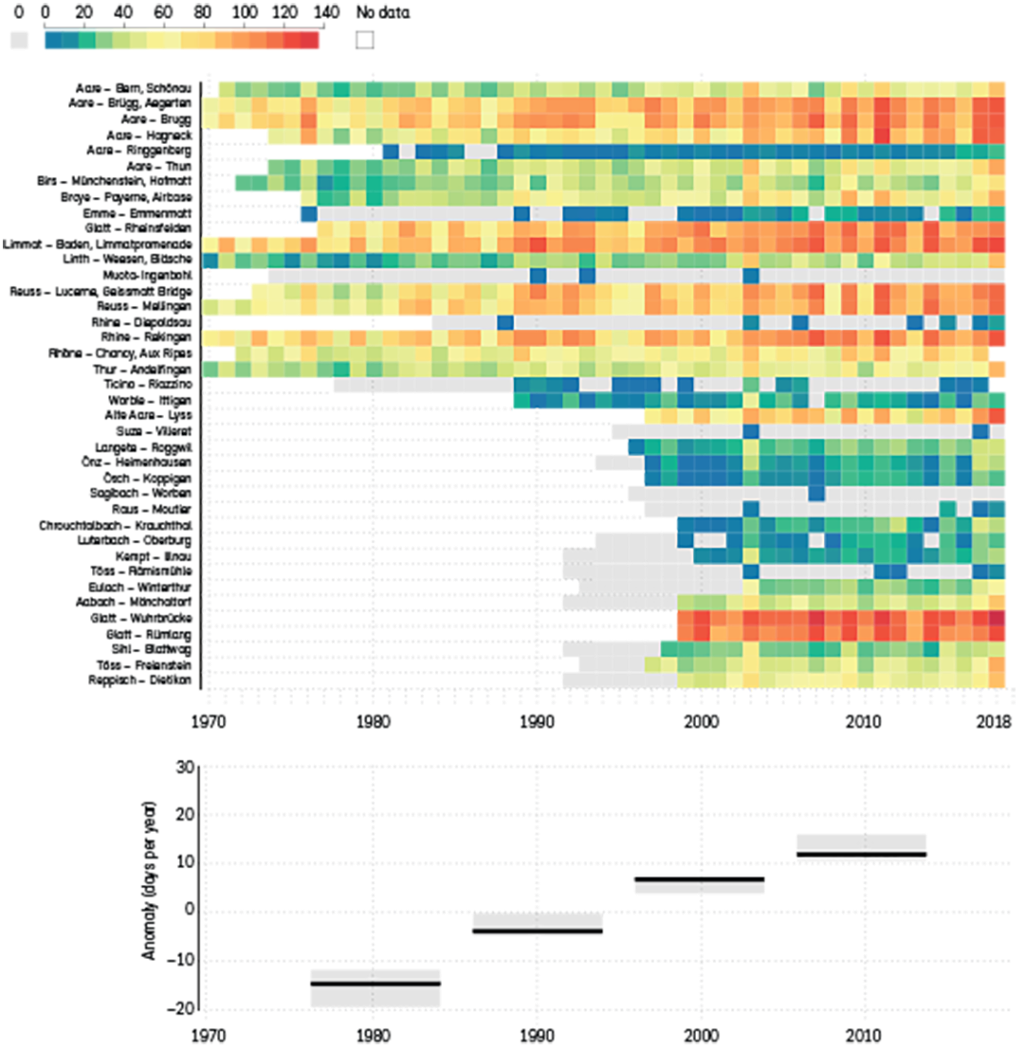 The number of days on which 15° is exceeded in a watercourse is an indicator for the occurrence of Proliferative Kidney Disease (PKD) in trout.

It is becoming harder and harder for specialist and cold-adapted (cryophilic) species to survive the pace of climate change. Generalists and warmwater species are among the winners. In general, biodiversity is coming under increasing pressure.

Lower water levels in the summer months will cause further increases in water temperature and endanger the survival of some organisms.