The term climate is used to describe the average condition and the range of fluctuation of parameters such as temperature and precipitation in a specific region over a period of 30 years.

Climate is the statistical description of the totality of all weather situations in a specific place over a period of several decades. The average values and fluctuations from the mean for parameters such as temperature, precipitation and sunshine duration are used to describe the climate of a region. Information on winds and wind direction is often added to the data, providing a picture of the predominant flow conditions.

The World Meteorological Organisation (WMO) defines so-called normal periods of 30 years for the purpose of describing climate conditions. These serve to monitor climate change and to classify the climatic conditions around the globe that vary from region to region.

The climate system consists not only of the atmosphere (air) however, but also the hydrosphere (water), cryosphere (ice and glaciers), lithosphere (ground), biosphere (living organisms) and the processes that take place between these spheres. The climate system changes partly as a result of its own dynamics, and also as a result of natural influencing factors such as volcanic eruptions and fluctuations in solar insolation, as well as human activity.

What is the difference between weather and climate?

Weather is the atmospheric conditions and their fluctuation over periods of time from a few minutes to several weeks. One single event, such as a thunderstorm, heat wave or the passage of a cold front are classed individually as weather events, whether they occurred in the past or have only just taken place. However, when it comes to determining the frequency or average intensity of such weather events, the resulting data belong to the climatic characteristics of that particular region. Climate is not simply about average weather, though. The extremes are also taken into account. These indicate the furthest reaches of potential variability in the climate of a particular region.

While the weather can change within minutes or hours, climatic changes take place over longer periods of time, and the reasons for changes in climate are different from those determining short-term changes in the weather.

The slide show contains two images. The first shows hoarfrost on a spiny palm during a period of frost days in December 2016. This kind of situation is a single weather event. In contrast, the second image shows the distribution of the number of frost days in the normal period from 1981 to 2010. That is climate. 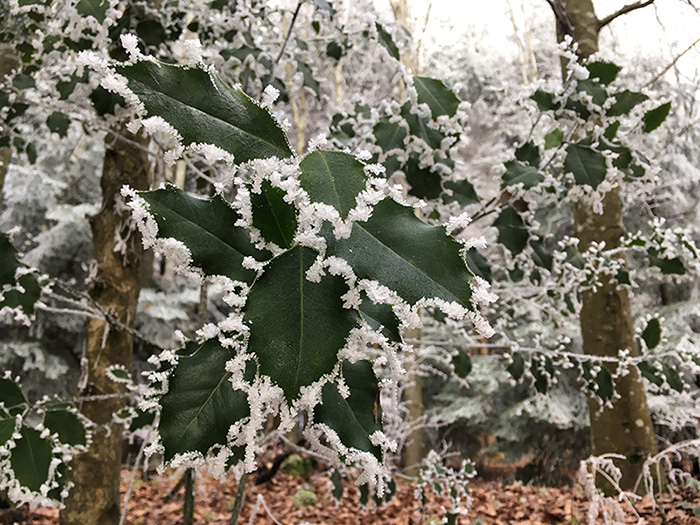 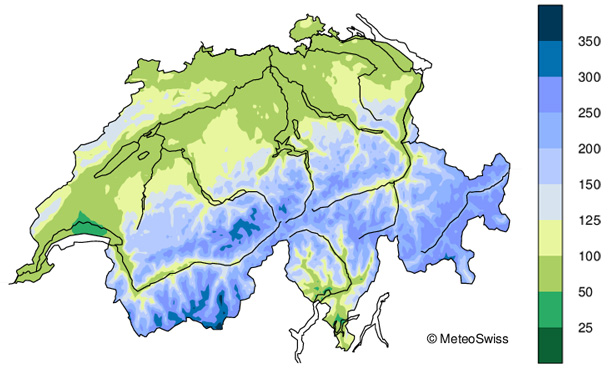 All about the Swiss climate

The key facts on climate and climate change in Switzerland, in brief

Climate normals of Switzerland for temperature, precipitation and other indicators