NFP 61 (2008-2013) develops bases for a sustainable use of water resources. The 16 projects examine the effects of climatic and societal changes, identify risks and develop strategies for an integrated water management. Some projects are concerned with energy production from hydropower.

The EU project PermaNET (2008-2011) built an alpine-wide network for monitoring permafrost. The Swiss system PERMOS served as a model. Additional outcomes include a permafrost inventory, a map of permafrost distribution in the Alpine region and recommendations for taking into account the problem of natural hazard management. Swiss partner: FOEN

For the Saas Valley (VS), the case study (2010-2011) analysed the possible impacts of climate change, assessed the need for action and conducted adaptation options. The subproject settlement and infrastructure dealt with natural hazards and spatial planning, the subproject biodiversity, inter alia with the protection functions of the forest. Supported by: municipalities of the Saas Valley, Canton of Valais, Mountain Water Network, Schweizer Berghilfe, the Swiss Insurance Association, WWF Schweiz and the Swiss Hotel Association

As a result of the warming in 2005, a lake formed on the lower Grindelwald glacier (BE) for the first time, which rapidly grew larger and represented an increasing danger of flooding the valley. The problem was solved by the construction of a drainage tunnel. Client: Schwellenkorporation Grindelwald, sponsored by Schwellenkorporation Bödeli Süd, Canton of Bern and FOEN 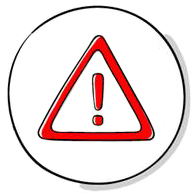