Winters will be significantly warmer by the middle of the century. Although there will be more precipitation, it will fall more frequently in the form of rain because of the higher temperatures. Particularly in lower-lying regions, it will snow less often and in smaller quantities. The snowy areas of Switzerland will therefore shrink considerably.

Possible range of changes in comparison to 1981 to 2010 without climate change mitigation (simulation range). Typical 30-year averages across Switzerland. Temperature changes are rounded to 0.5 °C.
Possible scenario in 2060

In winter, it is on average 3.5 °C warmer than now. There is less snowfall in terms of both amount and frequency. Snowfall amounts in low-lying areas are reduced by half. The elevation of the zero-degree line has risen by 650 metres and is situated at about 1,500 metres above sea level in winter.

The climate warming experienced to date has already had a significant effect on the snow and ice conditions. The Alpine glaciers have lost about 60 percent of their volume since 1850. Moreover, at altitudes below 800 meters, the number of days with snowfall has halved since 1970.

Switzerland’s average temperatures in winter will continue to rise in the future. By mid-century, the zero-degree line could increase in elevation from today’s level at 850 metres to up to 1,500 meters above sea level. Snowfall will change as the result of two opposing effects: Increases in temperature will lead to a greater proportion of precipitation falling as rain, but the total amounts of precipitation in winter will also increase.

On balance, however, our country will experience a considerable reduction in both snowfall and snow cover. This will predominantly affect the low-lying areas, particularly in springtime. Below altitudes of 1,000 metres, snow cover will approximately halve by the middle of the century; by the end of the century, it will probably diminish by over 80 percent.

The higher altitudes will also be affected. The large majority of Alpine locations is expected to suffer reductions in snowfall, particularly in the spring. The decreased amounts of snow will also affect the glaciers: They will not be fed with enough snow, and they will also melt at a faster rate.

In winter, small-scale phenomena such as inversion layers and cold-air pools often dictate local weather patterns. Consequently, snowfall amounts fluctuate widely, and so it is difficult to simulate them in a climate model. This means that there could also occasionally be winters in the future with plenty of snow.

The changes in snowfall and snow cover not only have an effect on winter tourism but are also relevant for sectors such as hydropower and transportation.

In higher-altitude, snow-rich locations, snow will fall on significantly fewer days; in the central Alps, 30 fewer days of snowfall per year are expected by the middle of this century. In the lower altitudes, and in particular on the Swiss Plateau, the number of snow days will not be reduced quite so dramatically, as it seldom snows in these areas already now. 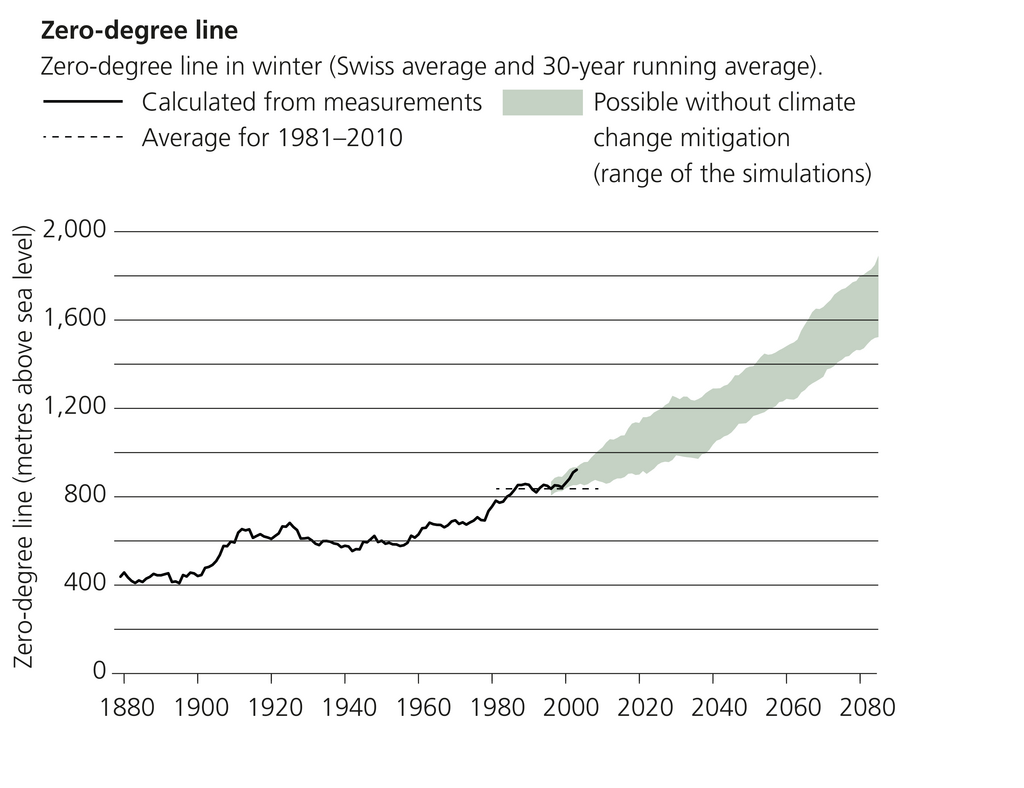 Increase in elevation of zero-degree line

The elevation of the zero-degree line has already risen considerably, and this trend will continue even more markedly in the future. The areas with the right conditions for snow can be expected to shrink in size.

The warming will cause snow cover to shrink significantly at all elevations. In lower-lying areas, snow-covered landscapes will largely be a thing of the past. 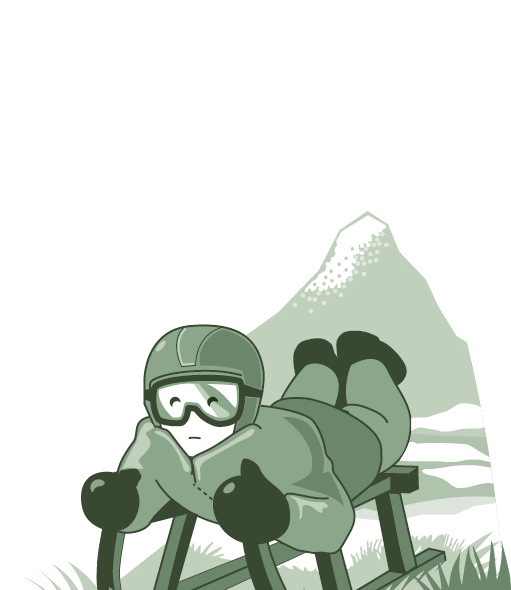 « Winter tourism is an important attraction for our region as a destination. The new data will help us to arrive at clearer estimations of the challenges associated with the changing snow conditions. »