Heavy precipitation events are likely to become significantly more frequent and intense in the future compared to today. This is the case for all seasons, but particularly for winter. Rare extreme events such as 100-year precipitation events will be markedly more intense.

Expected changes in comparison to 1981–2010 without climate change mitigation (simulation median, maximum across regions). The uncertainty range for heavy precipitation is not taken into account, as this is strongly influenced by natural fluctuations. Precipitation changes are rounded to 5%.
Possible scenario in 2060

The heaviest precipitation falling on a single day has increased by about 10 percent. A 100-year precipitation event in summer will bring about 20 percent more rain than today.

Since 1901, the amount of precipitation falling in individual heavy precipitation events in Switzerland has risen by 12 percent. Because warmer air can hold about 6 to 7 percent more water per degree Celsius, the physics of the observed intensification of precipitation is well understood.

This trend is expected to continue in the future. In the case of unchecked climate change, the heaviest single-day precipitation events in winter would intensify by an additional 10 percent by the middle of this century; by the end of the century, the expected increase is 20 percent. In summer, the increase is about 10 percent. In the other seasons, the changes are between those for winter and summer.

The very rare precipitation events that occur once every 100 years will see increases as well. The change amounts to about 10 to 20 percent by mid-century, and about 20 percent by the end of the century. Thus, despite reductions in total amounts of precipitation in summer, the intensity of extreme events will increase.

However, the changes in heavy precipitation events vary over time and across regions and may deviate from the long-term trend over several decades.

The increased intensity of heavy precipitation events can have significant cost implications. For instance, heavy precipitation can cause landslides and flooding and thus result in widespread damage. Consequently, infrastructure such as flood protection and sewage networks must be properly designed to cope with these threats.

The potential for damage by precipitation extremes is expected to be higher in the future, and not only because of the higher amounts of precipitation. The increasing altitude of the snowline will increase the proportion of liquid precipitation in winter, thereby expediting runoff. 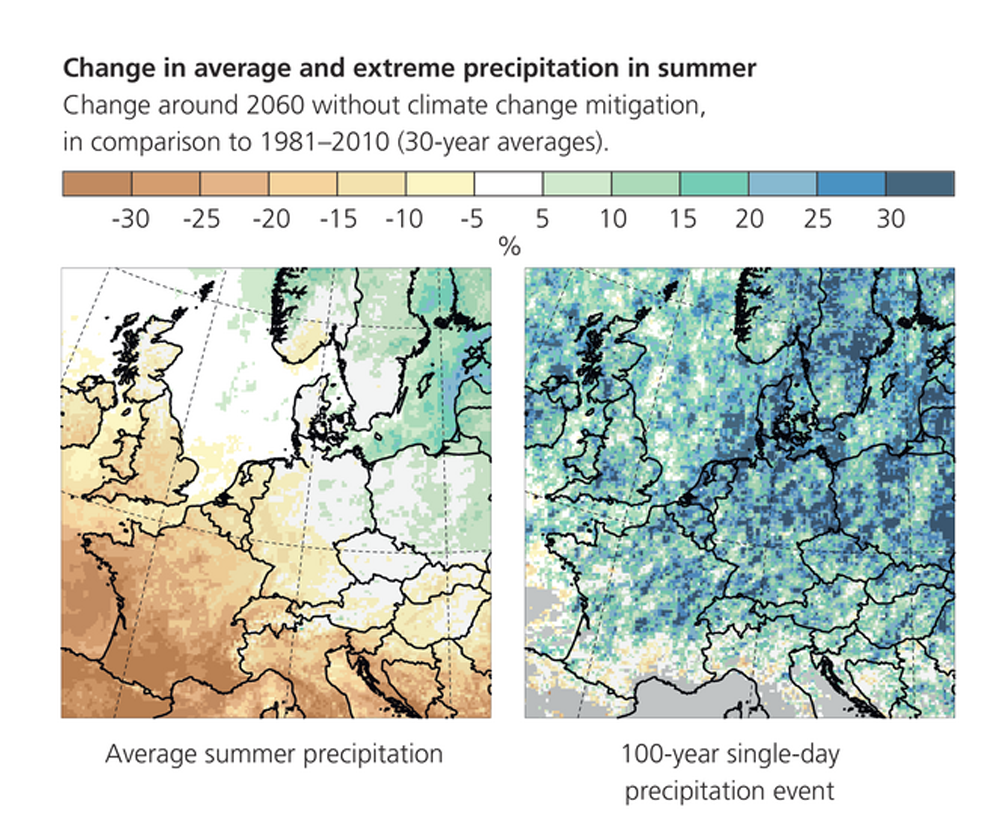 Switzerland will be affected by the increasing summer dryness in the Mediterranean region (left-hand map). At the same time, it will be influenced by the increase in heavy and extreme precipitation events in northern Europe (right-hand map).

Variability of extremes obscures the trend

As the example of the data from Zurich shows, it is not easy to discern clustering of extreme precipitation events at one particular location. The figure shows the heaviest single-day precipitation measured in each year. The values vary widely, and the highest precipitation peaks are rare occurrences. 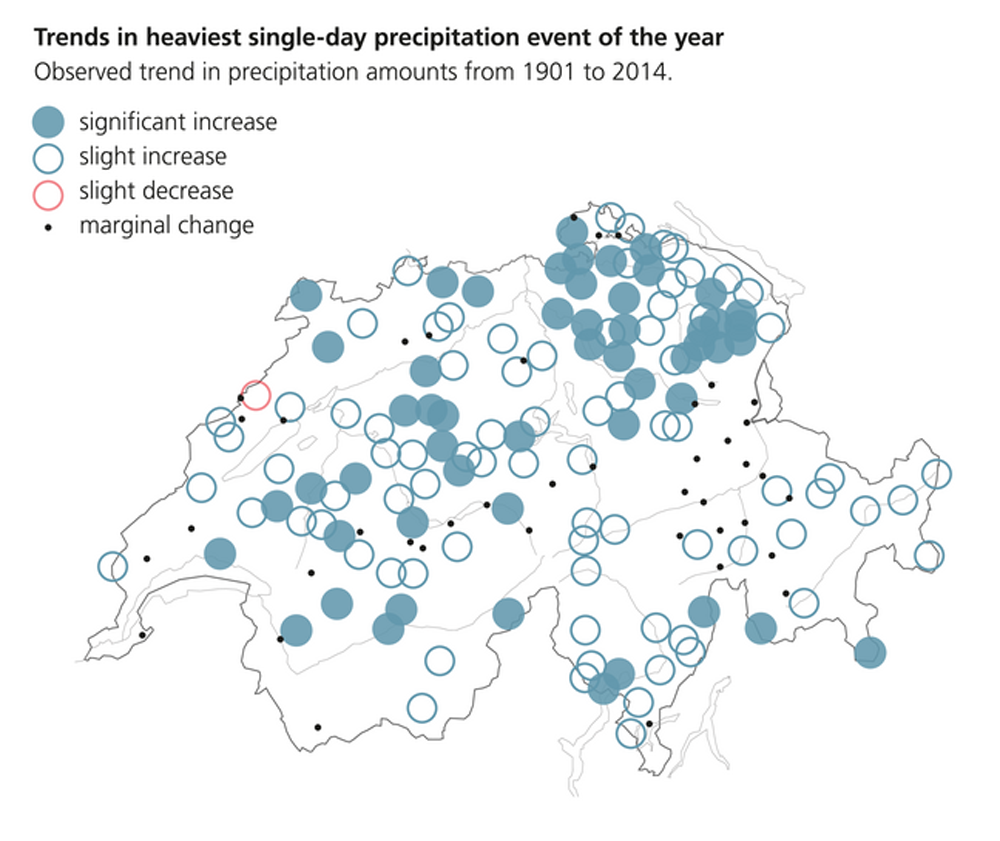 Clearer picture over Switzerland as a whole

It is only in the Switzerland-wide overview that the trend for heavy precipitation events clearly emerges. Of the 173 measurement stations, 158 show an increase in such events. None of the stations show a significant decrease. 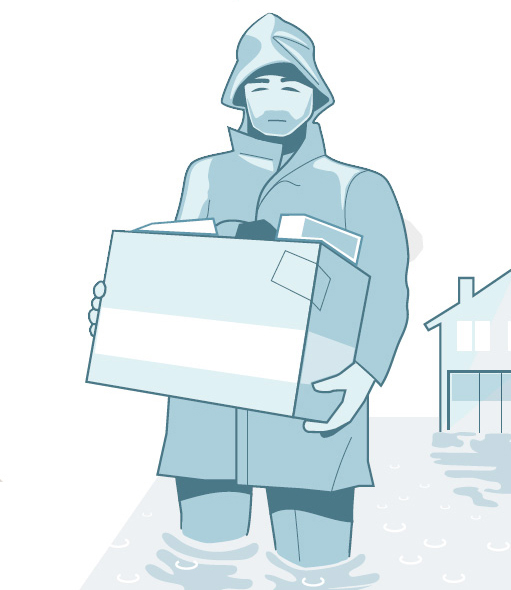 « Building protection measures, flood defences and drainage systems must be better coordinated with one another in the future and have fit-for-purpose design and construction. In order to accomplish this, we need to not only rely on past data but also properly incorporate climate projections into the relevant standards. »

Stefan Cadosch, President of the Swiss Association of Engineers and Architects sia