Neighbouring countries of Switzerland use the water that flows across its borders. For decades, international agreements, treaties and bodies have been governing cooperation in this area and setting objectives for transboundary waters.

The impacts of climate change in Switzerland will also be felt by countries further downstream. For example, low-water events are expected to become more frequent in the Rhine below Basel, which will cause problems with water supply, irrigation and even reductions in hydropower production in Germany, France and the Netherlands.

But low water levels in the Lower and Middle Rhine will also have implications for Switzerland, especially its economy. Over 10% of Switzerland's foreign trade volume – around 7 million tonnes of goods each year – is transported on the river. Low water levels mean that ships cannot carry as much cargo, and may even be unable to sail at all.

An example of conflicting cross-border objectives can be seen at Lake Maggiore. The Italian regions of Lombardy and Piedmont believe that the lake should be as full as possible in summer, so that it can be used to supply water for irrigation. By contrast, the towns and villages on the shores of the lake, on both the Swiss and Italian sides, want to regulate the water to a lower level so that the lake can cope with high summer water levels without bursting its banks.

Adapting to climate change will therefore also require sustainable and consensual management of rivers and lakes across national borders. On the one hand, this entails making further improvements to water quality, for example by deploying the latest sewage treatment technologies and taking measures in the agricultural sector.

But just as important is the cross-border coordination of water management. Here too, many conflicts can be avoided by using water efficiently and focusing on those uses that are most important for society. 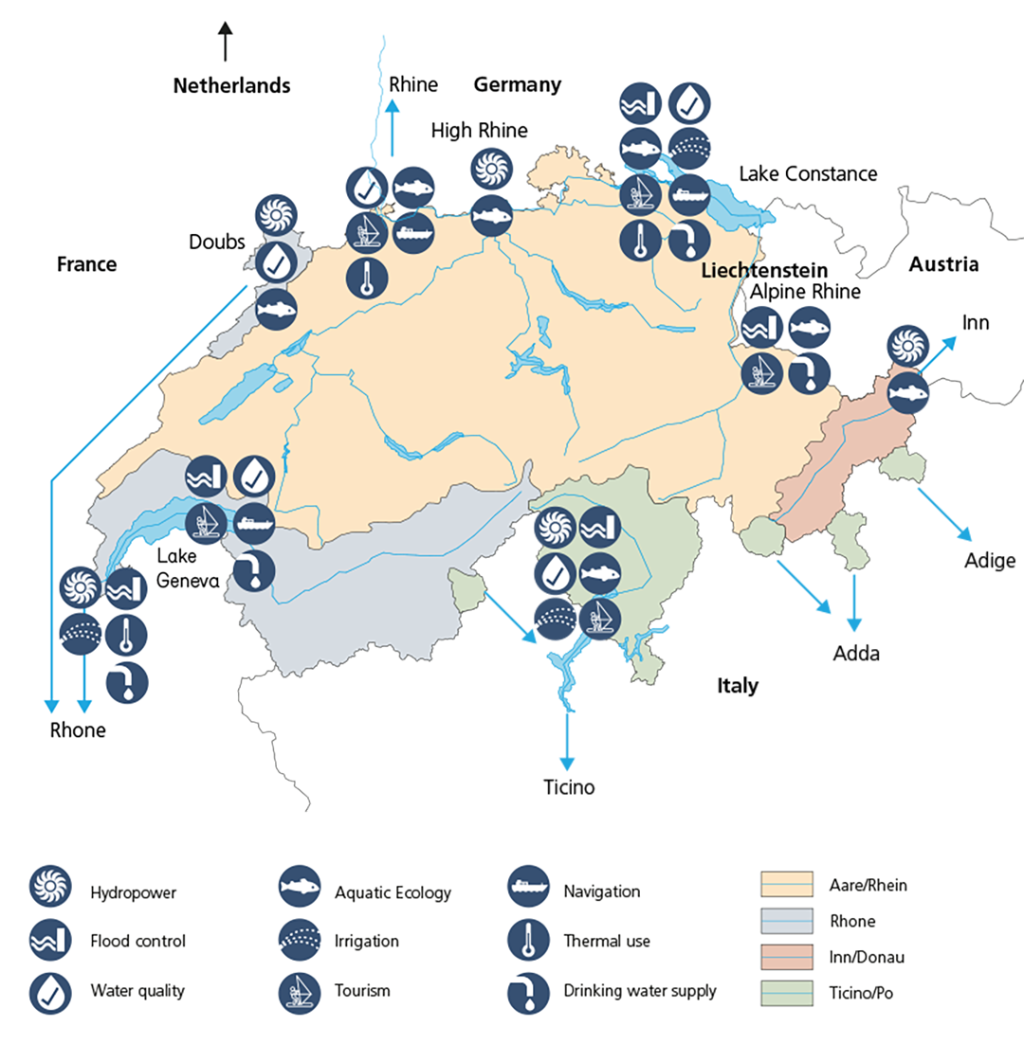 The map shows the main surface water bodies and catchments in Switzerland. Symbols indicate which uses and aspects of the waters are regulated by cross-border cooperation.