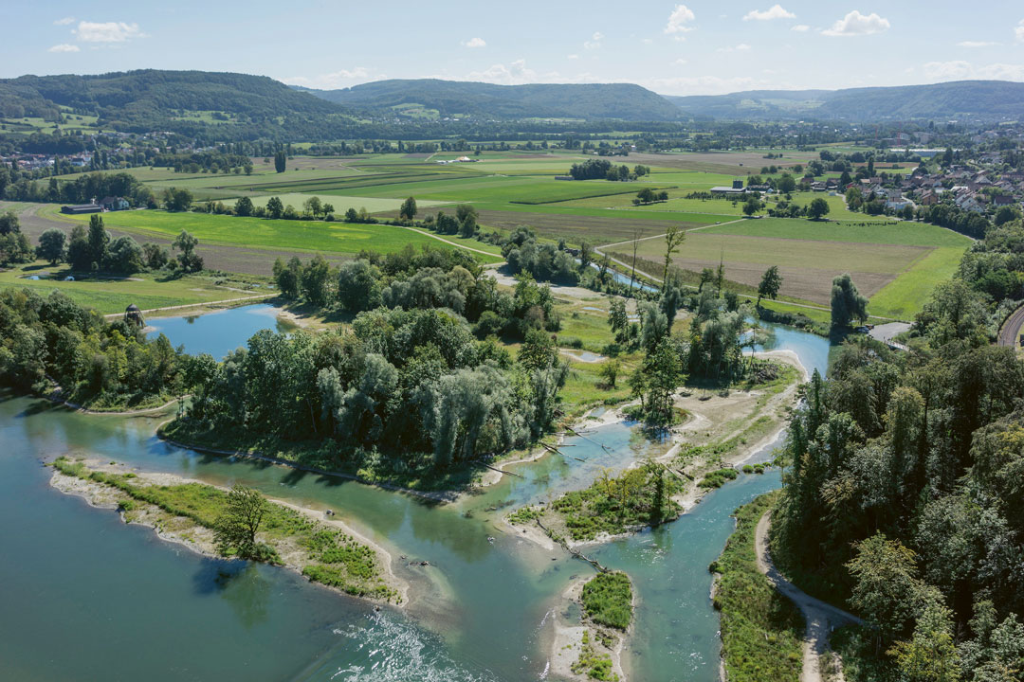 The Chli Rhi, an infilled tributary of the Rhine at Rietheim in the canton of Aargau, has been rehabilitated and allowed to burst its banks in a flood. A dynamic riparian forest landscape has become established. The photo shows the situation on 22 August 2016.

With climate change, the Swiss waste-water treatment plants (WWTPs) system will reach its limits: if low water flows in rivers mean that the effluent from WWTPs is less diluted, releasing even treated waste water will cause too much pollution in water bodies.

Intense rainfall events are set to increase. These events result in so much water flowing into the sewer system that WWTPs can no longer process it, meaning that some untreated waste water ends up in rivers. To avoid this, steps should be taken in the future to prevent as much rainwater as possible from sealed surfaces from entering the sewer system. Instead, there must be more systematic attempts to infiltrate or retain it within settlements.

Reaction of separation and combined systems to heavy rainfall

Reaction of separation and combined systems to heavy rainfall 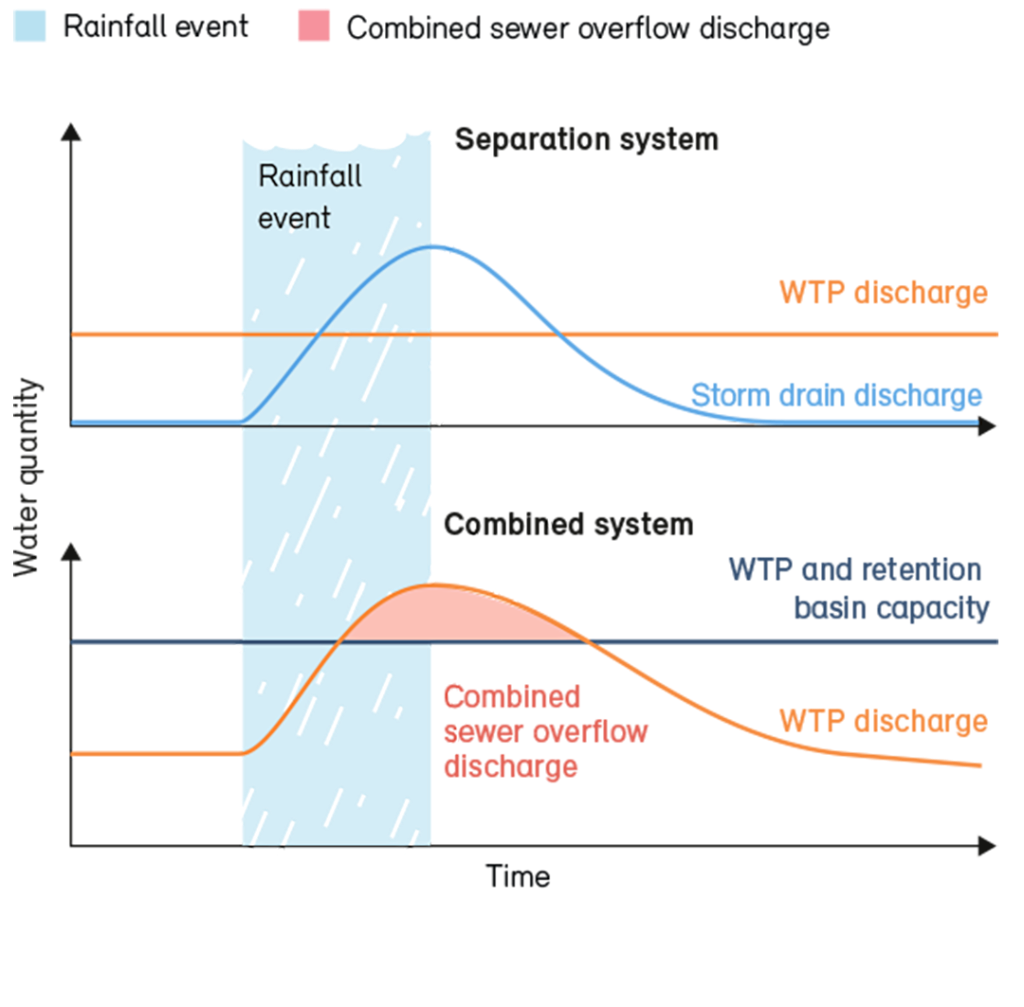 With combined systems which drain 70% of the built-up area, a mixture of foul water and stormwater can reach the water body during heavy rain without being treated.

In Switzerland, obstacles in watercourses also considerably limit the mobility of numerous aquatic organisms. Hydropower plants and weirs, for example, hinder or entirely prevent the migration of fish and other animals such as crayfish. Some 16,000 kilometres – around a quarter of all the country's waterways – have now been structurally impaired or even channelled into underground pipes. 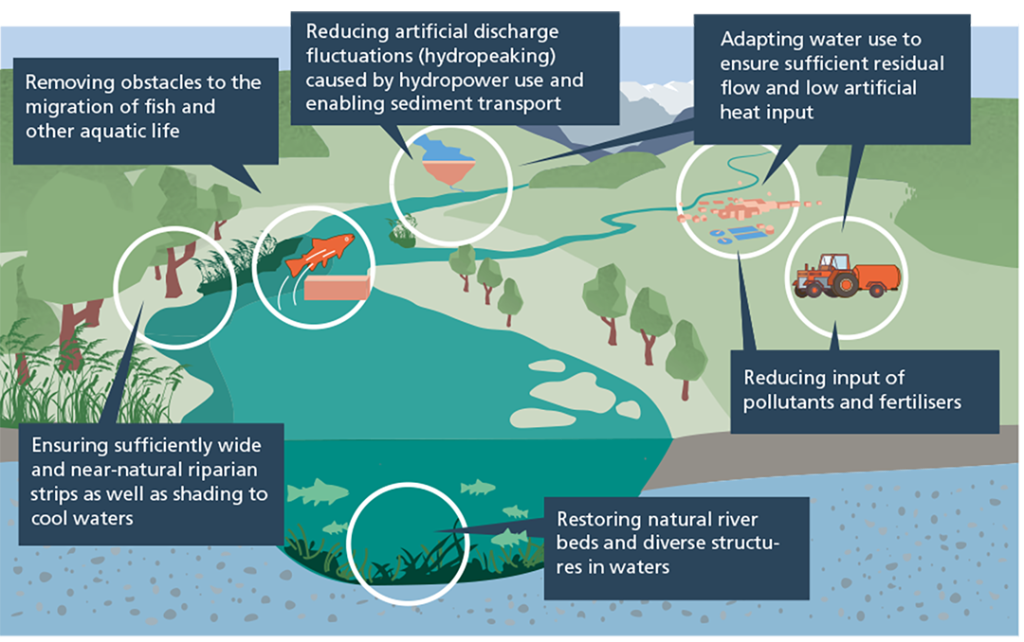