More frequent and intensive heavy precipitation, the climate-related increase in sediment transport and the continuing urban development in hazardous areas all intensify the risks from flood and surface runoff. Allowance is already being made for this in flood protection and urban drainage.

Periods with many widespread flood events have occurred repeatedly in the past. This probability of such occurrences is an important parameter for the planning and design of flood protection measures, and there are indications that it is increasing.

Uncertainty about extreme events already exists today; it will increase further in future due to climate change. Flood protection must always allow for this uncertainty. Due to climate change, more sediment is also likely to be mobilised, transported and deposited during flood events, which can cause serious damage.

The CH2018 climate scenarios predict an increase in heavy precipitation of up to 20% by the end of this century without climate change mitigation. In torrential rain the soil cannot absorb all the water and it runs along the surface. This can result in extensive flooding far from bodies of water. Surface runoff can cause damage costing millions to buildings, infrastructure and the landscape.

In the context of climate change, it is important to raise awareness of the risks from surface runoff. Simple and inexpensive property protection measures or barrages and low barriers are often enough to prevent water flooding into basements and underground garages. 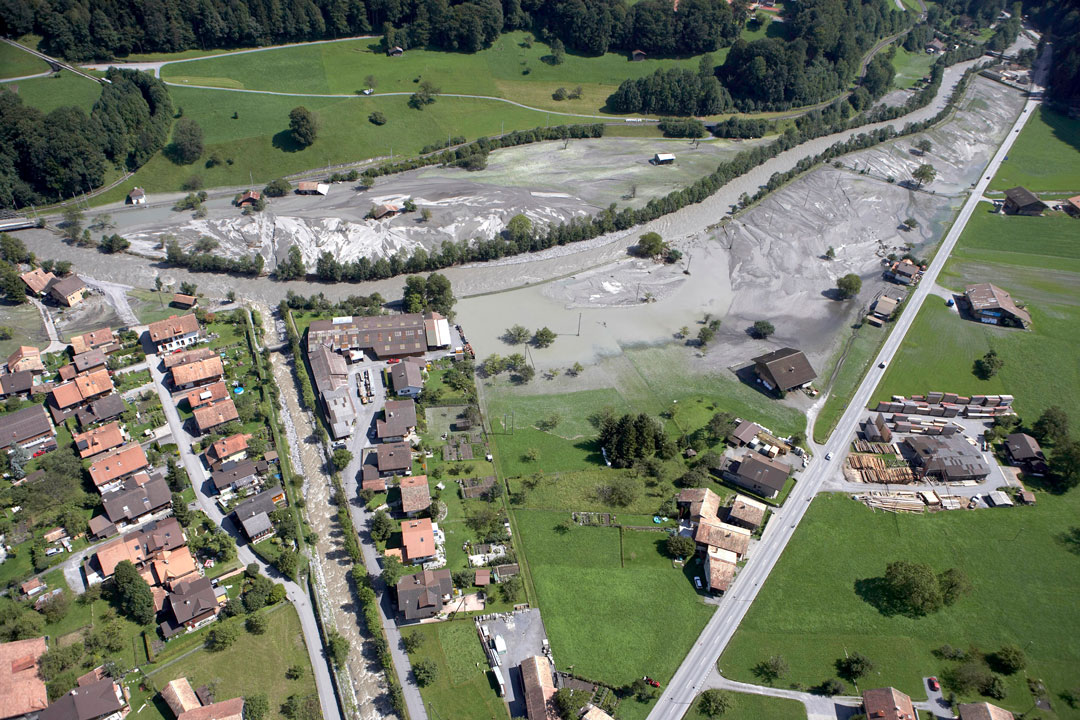 The photos show on the left the Lütschine flood of 25 August 2005 in the Lütschental, and on the right a localised surface runoff event in the canton of Schaffhausen in May 2013. 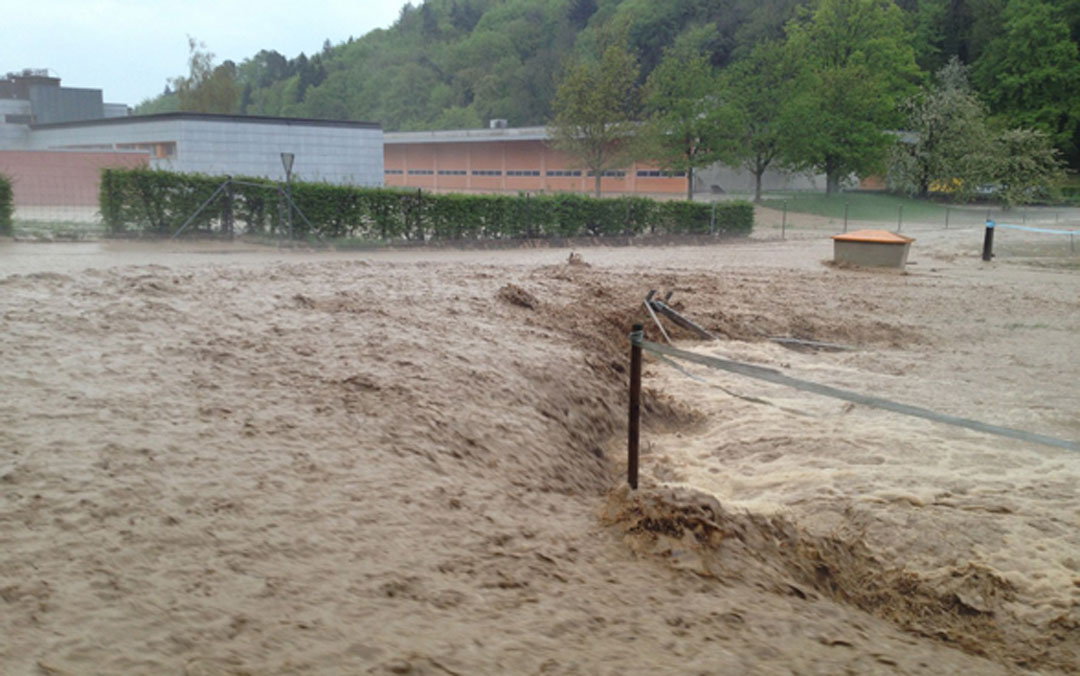 The photos show on the left the Lütschine flood of 25 August 2005 in the Lütschental, and on the right a localised surface runoff event in the canton of Schaffhausen in May 2013.

How flood risks develop in the coming decades depends not only on the change in peak discharges, but also on whether the damage potential continues to increase. The settlement area in Switzerland has more than tripled since the end of World War II until 2009. Due to the expansion of the settlement area, higher material assets in buildings and the intensified use of space even in potential hazard areas, the damage potential of flood events has continuously increased.

In order to prevent a further increase of risks, it is crucial to include the risk concept already in the preparation of structure plans, land use plans or building regulations. For this purpose, hazard maps have been drawn up throughout Switzerland showing where settlements and transport routes are threatened by floods and other natural hazards.

In dealing with risks from natural hazards, integral risk management has proven its worth in Switzerland. With this comprehensive approach, those responsible can also consistently take into account the changes that climate change will bring - for example, when drawing up land use plans, building regulations or operational plans.

Many of the buildings (coloured red) in Zofingen (Aargau) which suffered water damage as a result of a persistent thunderstorm in July 2017 lie outside previously known hazard zones. The reasons are surface runoff and backwater due to overloaded sewers.