Changing climate is expected to severely alter the phenology, growth, mortality/regeneration and eventually composition of tree species in Switzerland, Europe and worldwide. Cold-adapted and drought sensitive species, such as Norway spruce (Picea abies), are under strong pressure from local climate change. Due to changes in temperature and precipitation, which influence their habitable range, Norway spruce are expected to lose large areas of coverage to more drought-adapted species such as oaks (Quercus spp.). These shifts in species distributions are expected to not only have important ecological repercussions but may also have severe economic consequences as well.

Expected distribution area of spruce in Switzerland from present to 2080

Norway spruce, which is very widespread in the Central Plateau today, will retreat to higher altitudes due to climate warming.

Expected distribution area of oak in Switzerland from present to 2080

Native oak species are expected to spread further to lower and middle altitudes due to climate change.

Due to shifts in species distribution, the expected value of European forest land will decrease in future owing to the decline of economically valuable species. It is assumed that by 2100 this loss can reach between 14 and 50% of the present value of forest land in Europe. If compensatory measures are not taken, this implies a loss of income to forest owners. Moreover, since timber industry is at present mainly relying on coniferous wood especially from spruce, shifts in species distribution might lead to a reduction of suitable raw material. Many forest owners in Europe have already started to replace Norway spruce with Douglas fir (Pseudotsuga menziesii), a productive and more drought-adapted species. There is still a fierce discussion whether this is a suitable strategy for Switzerland due to the potential negative impacts of non-native species on ecosystem services. In addition, modern timber-derived products that can also use deciduous wood as a basis might allow to compensate for the loss of spruce and other conifer species. Even taking these measures into account, negative economic consequences for forest owners are likely in future. 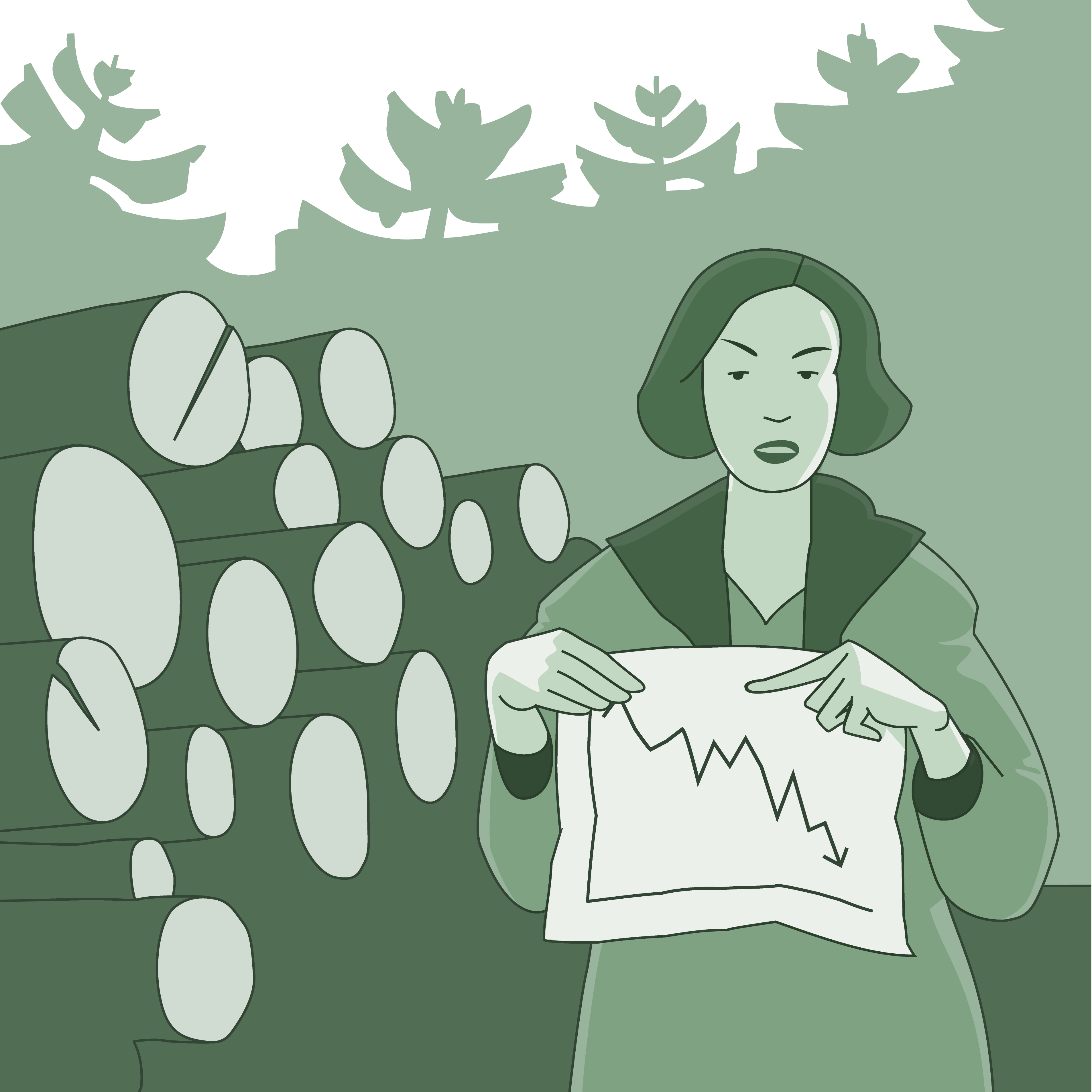 Flurina is a forest owner concerned about the declining productivity of her timber harvests. More and more of her Norway spruce are dying after prolonged drought conditions. Without a mitigation strategy in which her native conifer species are replaced with heartier varieties or more drought-resistant species, this has dire implications for her income and for the European timber industry.