In the long term, average amounts of precipitation in the summer months will shrink, and evaporation will increase. The ground will become drier, there will be fewer rainy days and the longest precipitation-free period will last longer.

Possible range of changes in comparison to 1981 to 2010 without climate change mitigation (simulation range). Typical 30-year averages across Switzerland. Temperature changes are rounded to 0.5 °C, and precipitation changes to 5%.
Possible scenario in 2060

The average near-surface air temperature in Switzerland through June, July and August is about 4.5 °C warmer than today. At the same time, there is up to a quarter less rainfall, and the longest dry period without precipitation in summer lasts about 20 days instead of 11.

A noticeable reduction in precipitation during the summer months is expected in the future. Although we are still experiencing a similar amount of rainfall on an average rainy day in summer as in the past, there are now more days without rain. The longest dry period in summer may last about a week longer on average by the middle of the century.

In general, areas in the west and the south will be more affected by a potential decrease in rainfall than eastern regions. Not only will there be less rain, but because of the high temperatures, more moisture will evaporate than it does at present. The ground will thus become drier, even if the amount of rainfall does not change.

The trend towards dryness will further increase with continued climate change. By the end of the century, dryness to an extent that has occurred only once or twice every ten years in the past could be occurring every two years.

Average temperatures can be simulated quite reliably with climate models. Precipitation is more difficult to predict, as it is subject to significant natural variations in terms of amount and distribution. This is due to the wide range of mechanisms that determine the atmospheric water balance. Despite such uncertainty, the climate simulations clearly indicate a long-term trend of reduced precipitation in summer.

The summers of 2003 and 2018 provide an idea of the potential effects of hot, dry summers. Apart from agriculture, the energy production and water management sectors are also affected by increasing dryness in summer. 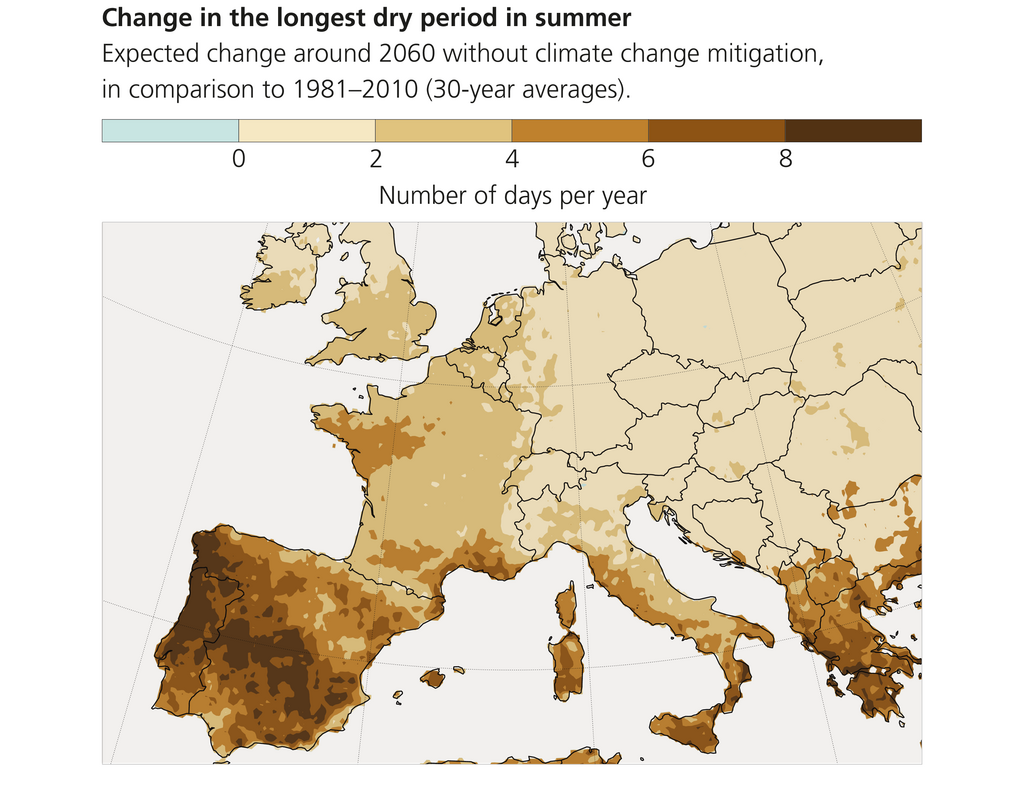 Our country is situated at the edge of a zone around the Mediterranean that is experiencing more extensive dry periods. By the middle of this century, the longest dry period in summer is expected to increase by about two days. However, depending on how far the dry belt extends, it could be up to nine days longer. 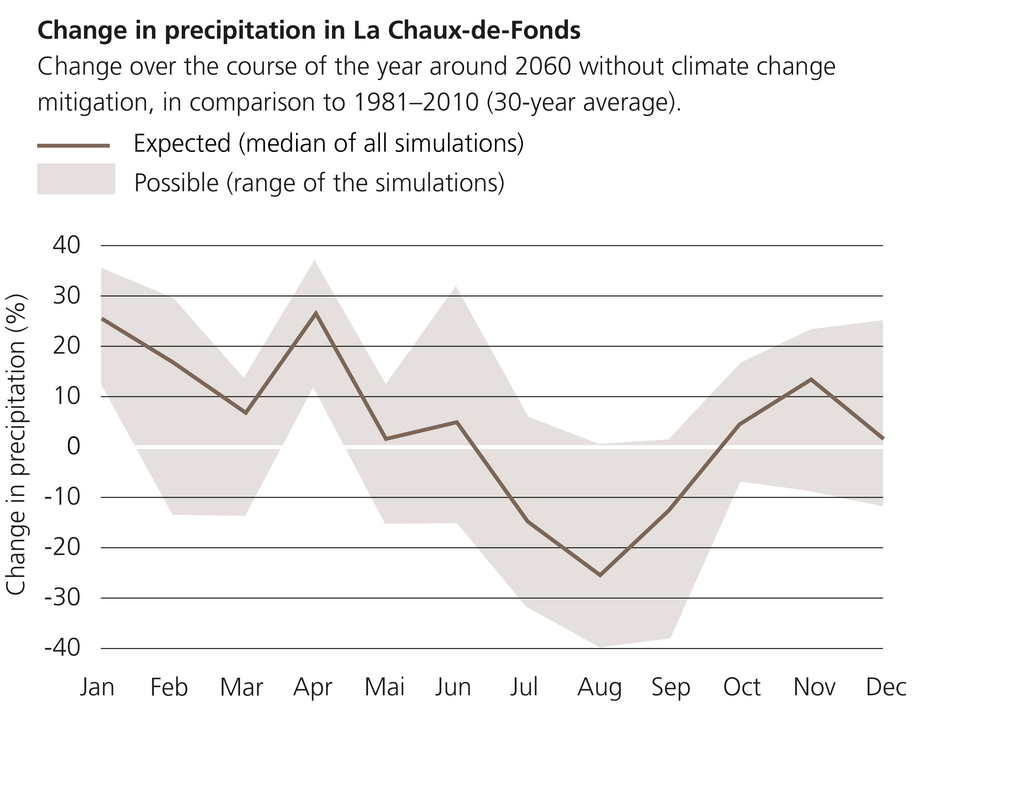 Shift in the annual cycle

Although precipitation is projected to increase in the winter, the summer months are becoming drier. This pattern is apparent in the example of La Chaux-de-Fonds in the Neuenburg Jura region. 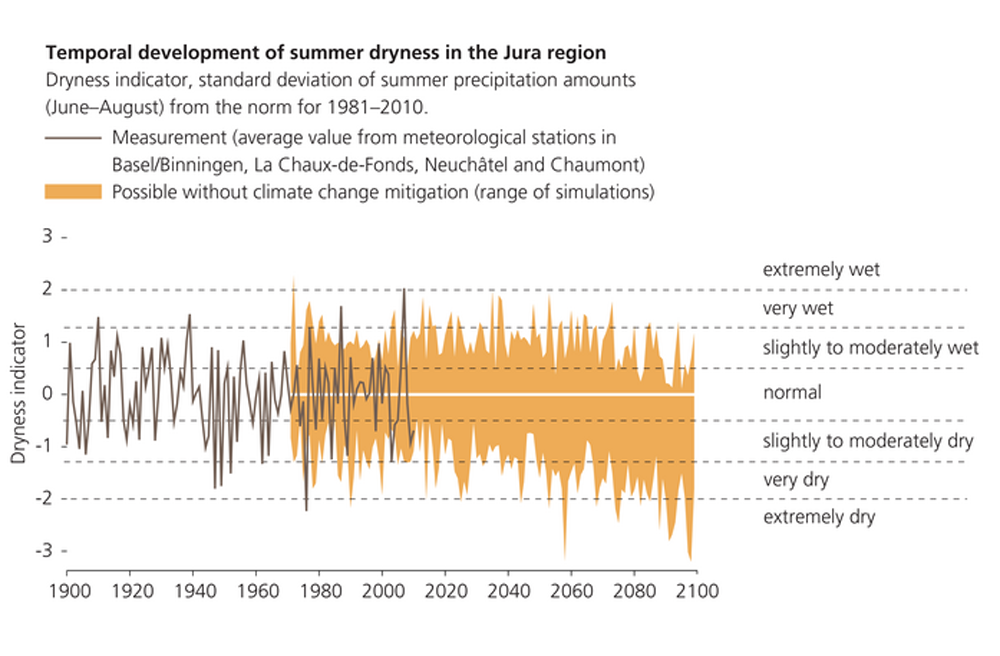 Without climate change mitigation, dry conditions will occur more frequently in summer, as seen here in the example of Jura. This region is prone to dryness even though its rainfall is comparatively high, as water disappears quickly due to the karstic substratum. 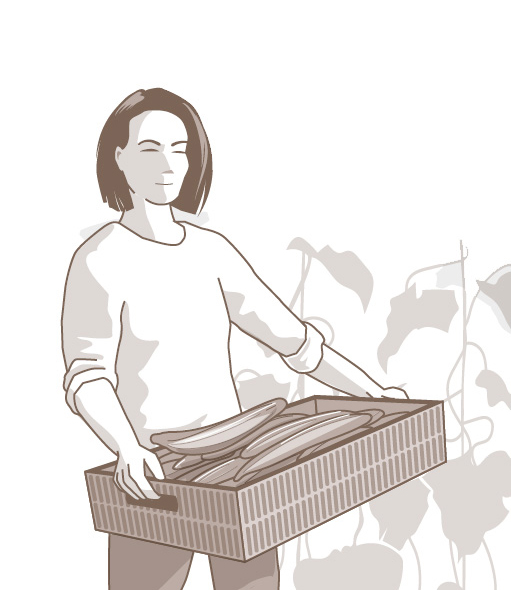 « In extreme dryness, just one spark is enough to ignite a forest fire. The Climate Scenarios CH2018 help me to make more accurate assessments of the risk of forest fires as a result of climate change. »